The Next Big Thing

THE NEXT BIG THING: Secret questions with answers only for you... 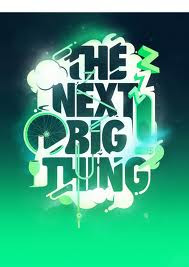 One of my "newbie" writers from several years back has gone and become extremely successful with her YA series. She's just shot right up to the top with her books, and has learned everything I could teach her as well as is teaching me stuff now! Robin Waldrop is a great lady, please stop by and say hi to her on her blog. Robin tagged me in an ongoing game of "The Next Big Thing" in which authors get to talk about their favorite things: writing, and their current WIP. 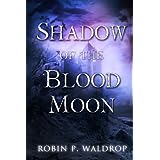 Genevieve Labreck is back with a score to settle. Her mom has been kidnapped by Zane, hybrid and all-around monster. Rumors fly that Gen’s mom is holed away in Prague, a city recognized by humans for its serene beauty and intense culture, but Gen and Will know something humans don’t. Prague is haunted by dark, evil forces.
Can Genevieve and William save her mom, or will they be too late?
Some will live, others will fall. At what price do you walk away from those you love?

At the same time, I was also tagged by Deb Ledford, a very talented writer whose books I adore. Deb features strong Native American influences in her writing, which fascinates me. She also writes one heckuva a mystery/suspense and her sense of place is addictive. Check out all of her books  http://secondwindpub.wordpress.com/author/djledford/.

Book two of her Steven Hawk/Inola Walela thriller series, SNARE, is The Hillerman Sky Award Finalist, nominated as Best Mystery that captures the landscape of the Southwest. Also a Finalist for the NM-AZ Book Award in the Mystery/Suspense category.

Here is Deb's blog piece for The Next Big Thing! 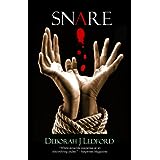 (This one's my favorite of Deb's books!)

THE NEXT BIG THING

1-What is your working title of your book?

2-Where did the idea come from for the book?

When my daughter was a voice student at the world-renowned Eastman School of Music, my mind often went in crazy directions, imagining mysteries and murders around every corridor, in the practice rooms, and in the concert halls. It was just natural that Gus LeGarde, a music professor from a small upstate New York university, would end up at the school and that he’d uncover some pretty shocking secrets.

3-What genre does your book fall under?

Mystery, but I qualify that with “country mystery” since my stories are always set in the picturesque Genesee Valley of upstate NY.

4-Which actors would you choose to play your characters in a movie rendition?

I used to picture a young Harrison Ford playing Gus LeGarde, or maybe Liam Neeson. But I’m probably dating myself, huh? I’m sure there’s a younger new actor who’d shine as Gus. What do you think?

5-What is the one-sentence synopsis of your book?

When Gus LeGarde rescues a pilot from a small plane crash in the back forty, he becomes involved in a dangerous mystery with a forged famous painting with a bizarre connection to an elderly neighbor.

6-Will your book be self-published or represented by an agency?

All of my books are represented by Lida Quillen at Twilight Times Books. I love my publisher! Please check out the great selection of award-winning books on the TTB site. (www.twilighttimesbooks.com)

7-How long did it take you to write the first draft of your manuscript?

It took about two to three months to get the first draft out. But I wrote this way back in 2004, so it’s been eight years since I touched it. I’ve been so busy writing my two other series (Moore Mysteries and Tall Pines Mysteries) that I’ve sort of neglected these older LeGarde books! Shame on me, huh? The writing is really pretty dated, though, and I need to thoroughly rewrite it using my current day skills. But don’t worry, it’ll pass muster when it comes out.

8-What other books would you compare this story to within your genre?
I haven’t found another mystery writer to compare to my “country” mysteries yet. They certainly may exist, but I haven’t read them!

9-Who or what inspired you to write this book?

My daughter, Melanie, who has the voice of an angel. And my late father, who was a music professor and pianist of great warmth and talent.
10-What else about your book might pique the reader’s interest?

Gus LeGarde is faced with the ultimate challenge of fatherhood – dealing with a pretty young teenage daughter who’s being wooed by multiple (and dangerous) young men. I will never know how I got through that phase in my life with three young daughters who were only two years apart (twins and a single). I played upon that angst and worry in Virtuoso, when Gus deals with Shelby’s relationship with a much older young tenor who’s currently attending the Eastman School of Music. There’s also a strong theme running through the story about a woman I admire greatly, my wife’s great, great, great Aunt Emma. This woman was a true hero, an artist, an innovator, a savior, and a world traveler. Her story is retold in this book.


And now for those I have tagged:

These lovely writers asked me to participate at a time when I was just overwhelmed with life and work. But now I have a second to breathe, and I'm asking them if I can tag them back!

Email ThisBlogThis!Share to TwitterShare to FacebookShare to Pinterest
Labels: The next big thing