UPSTAGED: "Mystery about a Musical" Available for Pre-Order!

It's been a long time coming. This eBook, print, and audio book are the "author's preferred editions" with new plot twists and new chapters. We've had so much fun with this one, and I just love the cover Ardy Scott designed for my publisher, Lida Quillen at Twilight Times Books, don't you? If you look closely, you'll see little Boris (Camille's mini-dachshund) peeking out behind the curtain!

Here's a little bit about the story:


When Gus LeGarde agrees to play piano for the high school drama club’s production of “Spirit Me Away,” a sixties-style musical he wrote in college, he doesn’t expect to face a barrage of menacing pranks played on his fiancée, Camille and the cast and crew of the drama club. Who’s sabotaging the show? And what do they have against Camille?


Is it sex-crazed Armand, the Latino teen infatuated with her? Something happened last year that Camille won’t talk about, and it has to do with Armand. Gus wants to know what it is, but she’s not talking.


Could it be Superintendent Marshall, whose past holds horrific secrets related to one of the worst crimes of the 20th century? And why did someone break into Camille’s home, taking her intimate undergarments and stealing her beloved mini-dachshund, Boris?


Gus must unravel the mystery before the backstage saboteur stakes his final, deadly claim. 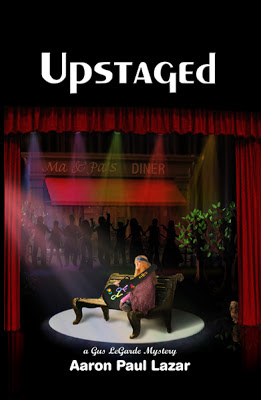 My daughter, Melanie Carbonneau, has also written a whole album of original songs to go with the book. They are truly beautiful - upbeat, joyous, and sad, too. Not only did she write the music, but she sings it, too! She's an unemployed singer, so anything you can do to support her would be great! ;o)
You can pre-order the CD and listen to some excerpts here: 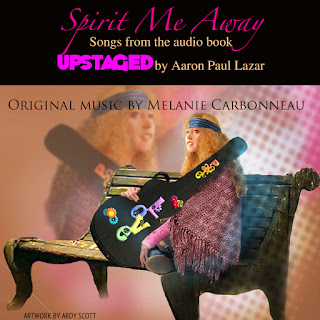 Thanks for your time, folks. I'll let you know when the audio book is out - it will include all the songs in the CD. Pretty neat, huh?

Best wishes to all,