The Creation of EL VENGADOR, by Stephanie Osborn 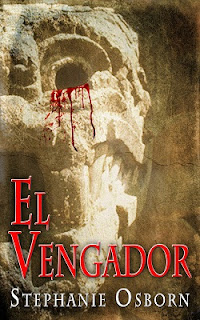 Deputy Sheriff Michael Kirtchner gets an "unknown disturbance" dispatch call to a remote house trailer in the swamp. There, he discovers an old woman and a dog, terrorized by a mysterious beast, which he takes to be a bear. But when he contacts Game Warden Jeff Stuart to come trap the animal, Stuart tells him to get out if he values his life - this is no ordinary animal. Is Kirtchner up against a Swamp Ape - a Florida version of Bigfoot - or something more...sinister?

El Vengador (http://www.sff.net/people/steph-osborn/ElVengador.html) is my first deliberate foray into the paranormal and horror genres. I’ve had numerous friends try to convince me to do so in the last few years, but never was able to get hold of the right story idea. So I waited and let it “percolate” in the back of my mind.

But when a Facebook friend (who wants to remain anonymous) told me the story of his encounter of a mysterious “Florida Swamp Ape” during his tenure as a deputy sheriff, I was fascinated. And when he gave his permission for me to fictionalize the story, I knew I had found my paranormal horror story.

So I took his basic story from his own words and I transformed it. I cleaned it up, couched it in proper writer’s grammar, changed the point of view. I changed the deputy’s name, added the perspective of other civilians who encountered the creature…and then I twisted the knife.

Because, you see, I have some Cherokee in me. Oh, the family can’t prove it, not after the way the Cherokee were ejected from their properties during the Trail of Tears; any Native American who could pass as white in those days, did, and all records of their heritage were lost. But because I have several distinctive genetic expressions of that heritage, I am accepted by most elders I know as Cherokee. And my curiosity being what it is, along with my sincerity in wanting to know, I’ve been taught numerous things that most people don’t generally know.

Like the fact that the Cherokee (along with the Seminole and the Iroquois Confederacy, among others) are purported to have been offshoots – colonies, if you will – of the Maya peoples. It’s interesting to note that, just as the “Cherokee” are a group of tribes [Cherokee, Choctaw, Chickasaw, etc.], the Seminole are a group of tribes [Seminole, Creek, Miccosukee, etc.], the Iroquois Confederacy are a group of tribes [Mohawk, Onondaga, Oneida, Seneca, Cayuga, and later Tuscarora] ― so too are the Maya really a collection of tribes [Yucatec, Tzotzil, Tzeltal, Ch’ol, Kekchi, Mopan, and more]! The Maya comprised, and still comprise (oh yes, they’re still around ― they were laughing their butts off at the white fear of the “end” of their repeating calendar), more than 25 different peoples. The notion of splinter groups of this huge nation (it covered a substantial portion of Central America, butted up against the Aztec/Olmec empire, and expanded out into the Caribbean) moving up into Florida, then up the East Coast of North America, isn’t hard to believe at all.

It’s also true ― as I mentioned in the story ― that the medicine people and elders hold that the Maya, in turn, came from some place across the Great Sea to the East. Depending on who you talk to, this means we/they originated in Ancient Egypt, Phoenicia, Greece, the Biblical traders of Tarshish, or even Atlantis!

So it seemed to me that it would put a fun spin on things if I had this swamp ape, this mysterious unknown creature, be something other than pure animal. As it turned out, my research into the Maya turned up a mysterious “Howler Monkey God,” Hun-Batz, and an entire mythology in which this god was set. Monkey = simian, and ape =  simian, so it wasn’t a huge jump for me to proposing a curse invoking the Son of Hun-Batz. And suddenly the whole thing congealed into this amazing, suspenseful, paranormal horror story.

How amazing and suspenseful? Well, let’s just say I literally creeped myself out. I’m a night owl, prone to insomnia and getting up in the night to putter around until I can fall back asleep. And I immediately discovered that I didn’t enjoy that anymore; I had a constant feeling that there might be something outside, in the yard, in the dark, watching through the windows and doors. When I did go back to bed, it was only to have lucid nightmares about the creature and the events in the book! I took to closing the curtains and blinds, avoiding the windows at night. Finally I gave up writing on the story after sundown, choosing to write only in the light, and hoping to get the imagery out of my head by bedtime.

I was more or less successful in that. I find that I still do better not to think about the book at night, and I still have the blinds and curtains closed at night. But our neighborhood is well lit with street lights, and the birds cluster in the trees around the house and sing cheerfully. So I know there’s nothing out there that they think is unusual. And that is comforting.

I don’t know that I’ll regularly write horror. I’m inclined to think, from my experiences with El Vengador, that I might not be cut out for that! Still and all, much of the science fiction mystery I do write tends to have strong elements of both paranormal and thriller, with the occasional seasoning of horror concepts thrown in for good measure. So I think I can take what I have learned from the experience and fold it back into my other works. And I think they’ll be the better for it.

And you never know. After all, my friend really did encounter…something…in the swamps of Florida… 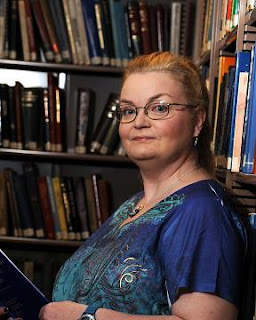 Stephanie is currently retired from space work. She now happily "passes it forward, " teaching math and science via numerous media including radio, podcasting, and public speaking, as well as working with SIGMA, the science fiction think tank, while writing science fiction mysteries based on her knowledge, experience, and travels


You can find Stephanie and all her books here: http://www.stephanie-osborn.com

Novelist Stephanie Osborn is a former payload flight controller, a veteran of over twenty years of working in the civilian space program, as well as various military space defense programs.

Stephanie holds graduate and undergraduate degrees in four sciences: Astronomy, Physics, Chemistry, and Mathematics, and she is "fluent" in several more, including Geology and Anatomy. She obtained her various degrees from Austin Peay State University in Clarksville, TN and Vanderbilt University in Nashville, TN.

Stephanie Osborn has worked on numerous Space Shuttle flights and the International Space Station, and counts the training of astronauts on her resume. Of those astronauts she trained, one was Kalpana Chawla, or "K.C.," a member of the crew lost in the Columbia disaster.
.
Posted by Aaron Paul Lazar at 5:30 AM