What's New? SPIRIT ME AWAY and more! 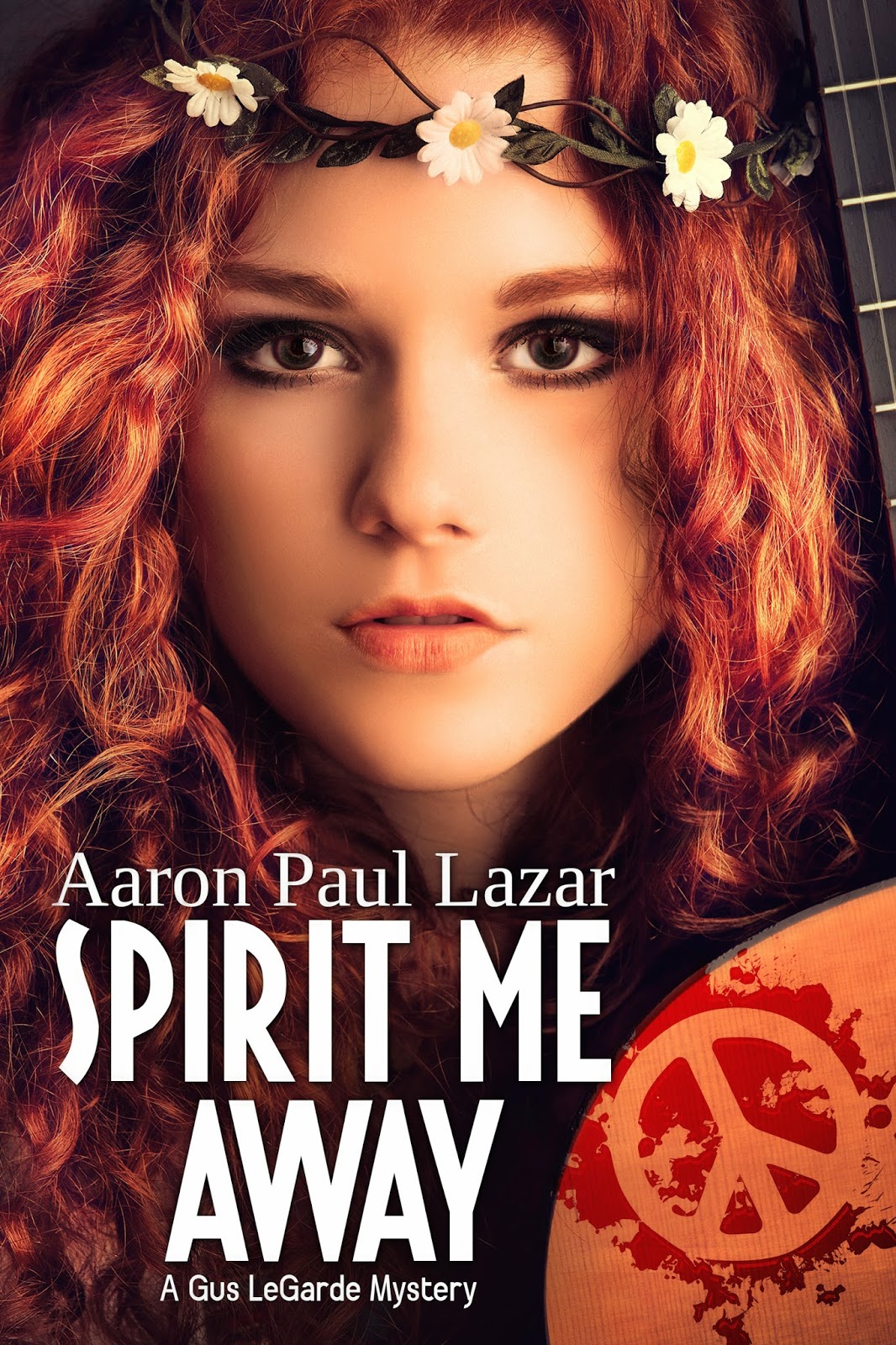 One of the good things about deciding to go off on my own to publish the rest of my titles is that I can do it fast. I can have complete control over the cover art. And I can set the price and monitor sales without having to bug my publisher.

Lida Quillen (Twilight Times Books) and I still are partners. She published fifteen of my titles and is continuing to support me 100%, including with a new LeGarde Mysteries Omnibus featuring the first four books in the series.

Since last fall, I've written two new books (The Seacrest and Devil's Lake) and have polished up two older LeGarde Mysteries that were waiting in the queue for a long time (Lady Blues and Spirit Me Away). I have two additional LeGarde books to polish and release (Virtuoso and Under the Ice), and two more Tall Pines Mysteries that were waiting in the queue for over a year (Sanctuary and Murder on the Sacandaga). Here's a line up, starting with the newest LeGarde Mystery, set in 1969.

Spirit Me Away: A Gus LeGarde Mystery

Boston, Massachusetts: It’s the summer of ’69—the parks are flooded with flower children and a hot new band called Led Zeppelin is set to appear at the Boston Tea Party. But for one newlywed couple just beginning their lives together, there will be no peace.

In the cradle of sex, drugs, and rock ’n roll, Gus and Elsbeth LeGarde are music students attending the New England Conservatory of Music, after a wedding kept secret from their families. When they discover a bruised and sobbing teenage girl on the Boston Commons who can’t remember who she is, or how she got there, the couple decides to “adopt” her to help find her identity.

But Gus and Elsbeth aren’t prepared to be plunged into a violent world of rape, abuse, and a ring of white slave traders who’ll stop at nothing to take back their property—or to acquire new flesh in the form of Gus’s beautiful young bride.
At times nostalgic, heart-stopping, and breathlessly dramatic, Spirit Me Away is a thrilling romantic mystery set against the colorful backdrop of the sixties—with an unforgettable conclusion at the greatest rock festival of all time. Book 1. Double Forté - Gus LeGarde's life essentially ended four years ago, when his beloved wife leapt to her death. Today, Gus lavishes love on his family, trying to bury the pain. But trouble arrives when his arrogant son-in-law's business partner goes missing, and Gus's innocent friend is set up to take the fall.

Book 2. Upstaged - When Gus LeGarde agrees to play piano for the high school drama club's production of "Spirit Me Away," a sixties-style musical he wrote in college, he doesn't expect to face a barrage of menacing pranks played on his fiancée Camille and the drama club. Who's sabotaging the show? And what do they have against Camille? Gus must unravel the mystery before the backstage saboteur stakes his final, deadly claim.

Book 3. Mazurka - Join Gus LeGarde in this European rollercoaster ride where he unearths a scandalous family secret linked to a nineteenth century composer. When brother-in-law Siegfried is framed for a neo-Nazi’s murder, they’re plunged into a sizzling cat-and-mouse game where the stakes are lethal.

Book 4. FireSong - What would you do if your country church was hit by a rogue tornado during services? What if the shrieking winds unearthed the bones of a missing parishioner in a nearby wheat field? Now add the discovery of heroin in your elderly minister's bloodstream. When Gus LeGarde is thrown into the middle of the mess, he knows life's finally gone berserk in East Goodland, New York. Join Gus as he's lured into a bizarre network of underground tunnels to expose the most shocking discovery ever to rock the Genesee Valley.

Music professor Gus LeGarde is just doing a favor for a friend when he agrees to play piano for church services at a local nursing home. He doesn’t expect to be drawn into a new friendship with an elderly Alzheimer’s patient dubbed “the music man” or to stumble across a decades-old mystery locked inside the man’s mind.

Octogenarian Kip Sterling doesn’t know his own name—but he speaks Gus’s language, spouting jazz terms like “cadence” and “interlude” and “riff.” He’s also obsessed with “his Bella,” but nobody knows who she is.

When Kip is given a new drug called Memorphyl, he starts to remember bits and pieces of his life. Gus learns Bella was Kip’s first and only love, but their relationship was shrouded in scandal. Intrigued, Gus agrees to help search for her. Could she still be alive?

Horrified when the miracle drug suddenly stops working and patients begin to backslide, Gus panics. Can he help Kip find his beloved Bella before his newfound memories disappear?

The Seacrest (a love story)

On April 5th-6th, The Seacrest was #1 for all Kindle free downloads in fiction and nonfiction, with over 59,000 downloads! Find out what all the hype is about:

He was just seventeen when he had a torrid summer affair with the girl who stole his heart—and then inexplicably turned on him. Finn may have moved on with his life, but he’s never forgotten her.

Now, ten years later, he’s got more than his lost love to worry about. A horrific accident turns his life upside down, resurrecting the ghosts of his long-dead family and taking the lives of the few people he has left.

Finn always believed his estranged brother was responsible for the fire that killed their family—but an unexpected inheritance with a mystery attached throws everything he knows into doubt.

And on top of that, the beguiling daughter of his wealthy employer has secrets of her own. But the closer he gets, the harder she pushes him away.

The Seacrest is a story of intrigue and betrayal, of secrets and second chances—and above all, of a love that never dies.

Up Next: Devil's Lake, a standalone romantic thriller

Four years ago, Portia Lamont disappears from a small town in Vermont, devastating her parents and sister, who spend every waking hour searching for her. When she suddenly shows up two years later at their horse farm in a stolen truck with a little mutt on her lap, they want to know what happened.

Was she taken? Or did she run away?

***
That's it for now. I hope to have these books released by end of this year:

Virtuoso
Devil's Lake
Under the Ice
Sanctuary
Murder on the Sacandaga

For those of you confused over all these books and series, here's a complete list:

Aaron Paul Lazar writes to soothe his soul. An award-winning, bestselling Kindle author of three addictive mystery series, writing books, and a new love story, Aaron enjoys the Genesee Valley countryside in upstate New York, where his characters embrace life, play with their dogs and grandkids, grow sumptuous gardens, and chase bad guys. Visit his website at http://www.lazarbooks.com and watch for his upcoming SPIRIT ME AWAY (2014), DEVIL’S LAKE(2014), and VIRTUOSO (2014).