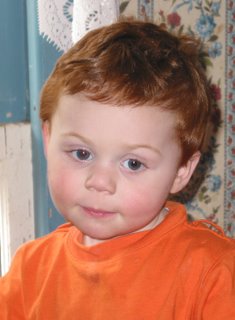 I know how you feel regarding asthma. Our youngest has it, and every winter I hate the sight of a little 'snot' as it means it will turn into a chest infection and then that dreadful time of them making that terrible noise when breathing and not being able to breathe properly.

Thankfully the winter just gone she didn't get a single cold, yet the sun came out two weeks ago, she got a cold and her cough - oh, terrible, frightened us. Yet her volumiser works wonders, and we're hoping she's growing out of it, especially if she missed last winters usual horrors.

Hubby feels bad as he passed it on to her. It's just one of those things. Makes us humble and grateful each time she gets better.

Mine also adores Peppa Pig, she has their 'house' and the four pigs, and plays with them constantly. I have to tell Peppa Pig stories at night too!

Well done on your lovely email too! You write so well, it surely is very deserved.

Hey, Michelle. Thanks for sharing - nice to know there are others who understand, but awful to find out your little girl has asthma.

I didn't get it until I was 17 - and it's stayed with me all these years. Lovely little illness. Ugg. But the good thing is that when they have it very young, they will very likely outgrow it, as you mentioned!

Let's hope they all stay healthy in the coming months!

Yay for Peppa Pig! I think I know every episode by heart! And I recognize some of my own behaviors in Daddy Pig... cracks me up!

My fave episode is 'Muddy Puddles' and the one where they all visit Granny and Grandpa and meet that bloody parrot!

'I'm a noisy parrot!' Love the way they all lay on the floor laughing at the end.

Just makes me laugh. Oh, and the one where Daddy is meant to be fixing the computer and ends up playing that chicken game! HAHA! And the one where he ends up sleeping in the car not the tent...

Oh balls, I think I watch that programme too much!

I LOVE the Muddy Puddles episode! And so do my two grandsons. This week a new set came out here in the States - the "45" episode with all new ones. I was as excited as the boys. There's a great one at the beach (they bury Daddy Pig), on a boat (Grandpa Pig has a race with Grandpa Dog), shopping, etc. They are so much fun, I laugh myself silly with my grandsons each time. And know them all by heart, like you!!! LOL! The best part (aside from the love of laughter and positive stories) are the sound effects! I adore the sounds they use - frying pancakes in the pan, the beach ball "boing," the sound of thunder, etc. Just amazing stuff.
Okay, my secret is out!

Hhahahaha! I think I saw a sand episode today, actually. It was on TV but I wasn't paying attention. Must. Be. More. Vigilant. Regarding. Peppa. Episodes!

What about George, when his dinosaur ice lolly melted hahaha! And the one where they all went to Grandpa and Grandma's for dinner and got George to eat his lettuce etc by making it into a dinosaur?

I agree with the sound effects, just great.

We oink a lot, my daughter likes being called Peppa, but when she oinks it brings on her cough, which is a shame!

That is tooooo funny! We snort/oink all the time now, too! LOL!