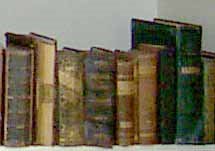 Dana, an aspiring author, recently went through a severe session of self-doubt. Her life had been tough lately. Very tough. Serious problems with her anorexic teen daughter spiked, requiring sudden hospitalization. On top of that, the whole traumatic event was exacerbated by Dana’s unstable and abusive spouse, who decided this would be the perfect time to punch his wife in the eye and threaten abandonment.

You thought your life was tough? She faces this stuff on a daily basis and fights to do what’s right for her beloved daughter while struggling to maintain her sanity. Sure, there are other problems that dwarf Dana’s. But having to return home each night, dreading the reception you’ll get or the harassment you’ll have to endure, is like living in Stress City. I can’t imagine going home each night to that. It’s gotta be hell.

So, when we met for our writers’ meeting and she began to pour out her doubts about her ability to write, her “right” to write, her commitment to the craft… it got me thinking.

“I can’t be a real writer, because I didn’t make the time to write. I wasn’t driven, like you are,” she said. “Look at you! You have so many problems, yet you’re on your tenth book in five years. You make time for it. And I’m still struggling with my first.”

It floored me. She thought if it wasn’t happening now, that it would never happen.

I reminded her that life can sometimes get in the way and that fighting for her daughter’s life and fending off blows from an idiotic husband might just take precedence over working on a novel. Besides that, she’s works a forty-hour job outside the house, commutes a few hours a day, and still takes complete care of the home, meals, and dog. It’s gotta be enough to level anyone’s ambition.

I told Dana she has a lovely “voice” and an easy, readable style and then reminded her that I didn’t start writing - seriously writing - until my father died when I was forty-four years old. At that point, my daughters were a bit more self-sufficient. They learned to do their own laundry, make their lunches, and get their homework done without too much help from dear old Dad.

Dana started thinking about her novel again. She resumed the process of planning and plotting by signing up for an online class.

Our discussion flushed out thoughts about the definition of a “real” writer. What is a “real” writer? Am I one? Or does that honor only belong to published best sellers like Laurie King or John D. MacDonald? Does one have to be recognizable via best sellers to earn the title? I’m realized that I’ve secretly harbored that ridiculous notion for far too long. And you know what? I hereby reject it.

But what about ten years ago when I was in Dana’s position? I hadn’t written one novel yet. Sure, ideas floated around in my head and I busily took mental photographs of everything around me with intense detail. But I didn’t write it down except in journals and long letters to friends.

Was I a “real” writer then? Was I ineligible to hold the title because I hadn’t unleashed the words yet? I knew I wanted to write. I’d dabbled in high school and college and adored it. I wrote at work – but it was all technical stuff and there was this incredible longing that simmered beneath the surface for something more creative. I planned to someday write a mystery series, but thought it would be when I retired. That urge to write – that desire to get it all out of my head – it was always there. I wasn’t a “real” writer yet… was I?

What is the mechanism that liberates your muse? What drives you to finally open the floodgates and let it out? There are many novelists who wait until later in life to get their writing careers going. And yet, there are others who jump out of the starting gate in their youth and keep plowing through ‘til only death stops them.

In my case, the catalyst was the death of my father. I needed an outlet and I found it. Once the doors were opened, I couldn’t shut them, even if I wanted to. The words just burst through like water breaking through a dam. The lift afforded by the creative outlet was cathartic. It felt so good that I was hooked for life.

So, for those of you, like Dana, who haven’t yet begun to get those words out – don’t despair and don’t think it won’t happen. This writing thing is something in your heart, something imprinted indelibly in your spirit that just won’t go away. The urge is there. From the beginning. And you will write.

It happened to me. It will happen to Dana. And it can happen to you.

Don’t moan about what you haven’t done yet. When the time is right, you’ll start tapping away at that keyboard or pick up that pen and release the floodwaters. When it happens, you’ll never turn back. And sure, you can thank me then by writing a glorious novel that might even change the way someone looks at life. Sigh. Imagine that. Won’t it be lovely?

Posted by Aaron Paul Lazar at 9:39 AM

For The Trees said...

I am a writer. I write, both on my blog and on my novels, because I have always been a writer, and because it comes so damn easy. I just sit down and the words come out. And they're good words.

But now comes the rewriting of the five novels I've written. Oh, well, another skill I'll add to my notched belt.

Thanks loads for the Advice to New Writers. Those apply to every writer, not just the newbies.

And I just don't see how you can be a grandfather. You don't have any grey hair...

Thanks for your entry in my blog.

I actually do have some gray hair - mostly in the beard, though! I'm 53. My eldest had her two boys when she was too young - she's only 23. In spite of the imperfect situation, those two boys have lifted our spirits and given us such joy that they were most definately , "meant to be!"

Thanks for the feedback on the Advice piece. I wrote it a while ago - probably should add more of the tips I've learned over the past couple of years.

I've always been a writer. Always. Though it is only now my career is taking off, I've always done it.

Journals since I was 10. After writing three novels at 23, scorn from certain parties made me stop for years.

Then two years ago I picked up 'the pen' or in my case, sat in front of the keyboard, joined a crit group, honed my craft (still learning) got published on a few ezines and a print mag, got my e-book deals, got the job as Assc Ed on Dred Tales...working with WCP, heck, it all just arrived.

Writing is such a massive part of my life now, that I'm rarely away from my computer. I also help other authors get published, edit their work via email and just generally have a ball.

I hope Dana's bad times pass. I too have had/have struggles to deal with but each occurance has enriched my writing.

Oh, and I'm going to be a grandmother by December, aged 33.

Loved hearing about your life, m.e!Wow - you beat me. Grandparent at 33. Very cool. Let us know when the baby arrives! It's a great experience. Wouldn't trade it for the world. I'm NUTS about my little buddies. If anyone wants to see photos - check out the BIO page on my website at www.legardemysteries.com
Aaron