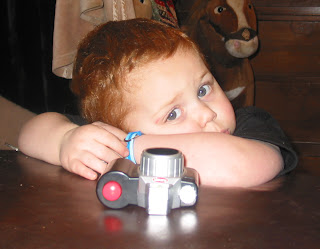 The past nine days have propelled me from dizzying heights of joy to the depths of despair. I survived, and thankfully so did my grandson.

A rare new form of strep bacteria invaded Gordie’s baby lungs, aggravating his asthma. He wheezed, coughed, and struggled to breathe. I can relate, because I have asthma, too. Unfortunately, I passed on the genes that cause it and am still struggling with the associated guilt.

Gordon is a two-year-old with a sturdy build and curly copper hair. But when he lay inside the oxygen tent in his voluminous hospital gown, he looked frail. Tiny. The moisture coated the inside of the clear plastic walls of his tent and turned his hair into damp ringlets. I couldn’t look at the IV. The bloody spot beneath the layers of gauze made my stomach lurch, and the board they attached to it to keep him from bending his elbow made it worse.

For three days he stayed in the hospital with his parents in attendance, enduring six daily nebulizer treatments, slugs of massive antibiotics through IV, and the dreaded prednisone. Improvement was slow. Finally, after three long days, he came home.

Though still wheezing, Gordie ran from person to person and toy to toy – picking them up and playing as if he’d been away for a year. He jumped onto his tall fuzzy horse and cantered side by side with his three-year-old brother, Julian. He found his beloved turtle, and searched for his dinosaur – the one that looks like George’s dinosaur on “Peppa Pig,” his favorite cartoon.

He also picked up a few bad habits - understandably so. When things didn’t go his way, he screamed, “I don wannit!” I chilled to think of the times he must’ve said that to the nurses or doctors who hurt him while working so hard to keep his airways open. The only saving grace is he probably won’t remember the experience. He’s still laboring to breathe, but he’s home now.

This morning I choked up when he woke before the rest of the household and found his way up to my bed. I rubbed his peaches ‘n cream skin with the back of my hand and snuggled with him under the covers, thanking God for his recovery.

While Gordie was in the hospital, I stayed home from work to care for Julian. We visited Gordon and stayed in close touch; thankful he was in good hands. For the next four days, we spent time side by side.

My grandsons and I were always very close, even though they’re only two and three years old. But this experience cemented our bond even tighter. Though we worried daily about Gordon throughout this ordeal, Julain and I rejoiced in the gift of time together. My gardening buddy and I spent hours outdoors each day, from early morning until suppertime and sometimes beyond.

We planted a forty-foot triple row of onions and mulched beds with oat straw, watching bumblebees buzz around the flowers and listening to the symphonies of birdsongs each morning. We watched the progress of the peas, beets, lettuce and other seedlings as they sprouted and grew. The peas have over five leaves on each plant. We know. We counted. 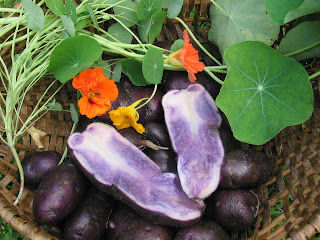 Each morning, after breakfasting with Grandma, we’d march outside. Julian would say, “We have a lot of work to do today, Papa, don’t we?” I’d agree, listing our chores. We raked, chopped dead tree limbs, cultivated, and created most impressive burn piles. I continue to marvel at the intelligence of our little three and a half year old. Smart as a whip, he has a deep understanding of things around him, incessantly curious about the process of life. He uses words like “actually” and “absolutely” and makes me laugh when I realize how much like me he sounds. We both exulted in the therapeutic power of working hard together outdoors.

Things take time to grow. With time, seedlings turn to plants, given sun, rain, and good soil. Baby lungs heal, provided time and meds. Worries diminish, after hours in the sun with a little boy. And thankfully, life goes on. 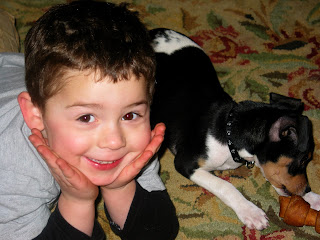 This is a piece I wrote last summer - just thought it would be fun to share. Gordon (right) is now three, and Julian (left) turned four in October.

Thanks for stopping by. If you'd like to see some more photos of skyscapes, lakesides, gardens, flowers, or ghosts, please visit the LeGarde Mysteries website at:

Aaron, I'm so glad that Gordie is doing better. The young need their lives ahead of them. Your photos, as always, are superb.

Thanks, Steve. Me, too. Scary times, but now we're learning how to manage his health more proactively. He's on some new meds that are helping and easier to administer.

Your photos are excellent, as well, my friend. Gotta stop by and see what you've been up to!

Awesome photo of the nasturiums and ??? eggplant? You and Steve should start submitting your photos to magazines as well as your writing. I think these are award winners!

Thank you, Val. You made me smile. That is the photo for the second book in the Moore series, entitled, "One Potato, Blue Potato." And those are my nasturtiums side by side with freshly sliced blue potatoes, just dug from the garden. Neat, huh?

Well, Steve, what do you think? Can we make money off this???