and the birth of Wet Knees Photos on Gather 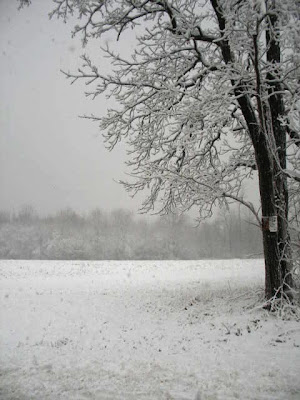 A week ago, we received a snowstorm in upstate NY. It wasn't a bad one, by any means. Nothing to compare to what the folks endured along the sopping coast. But it was April, darn it, and I ached to put tine to soil and start gardening in earnest. So I complained. Probably too much.

For days it remained gray. Spitting snow. Raining. Melting some of the white stuff. I checked my tulips, iris, and daffodils. They bent their heads in shame, enduring winter's last laugh in the form of a cold blanket.

And then it happened. Tonight, I drove home from work in this strange light. It was yellowish, golden, really, and it seemed to have some sort of warmth associated with it.
When all the chores were done, I sneaked outside to take a look around the yard, and was rewarded with the best "wet knees" adventures a photographer could dream of.
Rays of sun glinted over the grass and plants, just ready to disappear. It shone sideways, illuminating choice items. I followed it around the yard. And found these beautifully lit tulip leaves. Standing upright. Strong. And healthy. My knees were soaked by the time I was sure I had that "perfect shot." 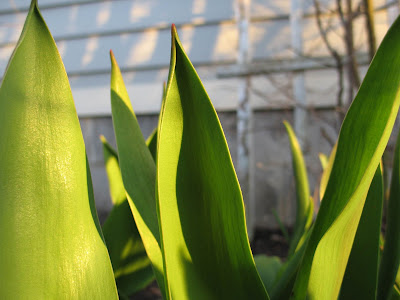 I scanned the front yard, which only that morning had been covered with a thick blanket of snow. There, in the distance, I saw something red. Something alive, glowing in the rays of the sun. 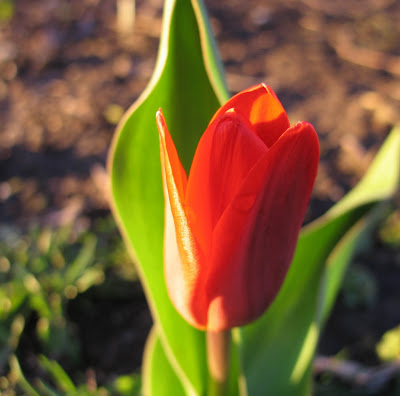 I found a loner, a leftover tulip that refused to give up. Planted a decade ago, this early bloomer used to be part of a collection. Its petals - backlit by the sun - glowed ruby red.

Moving around the front of the house, I crossed over the lawn and hoped to find some lively croci, but alas, they were flopped on the ground and fading. Next year I hope to capture that deep, radiant purple.
I moved into my original perennial garden, the one I started so many years ago with phlox, daylilies, sundrops, obedient plant, rose mallow, iris, poppies, and many more varieties. It's about 20 feet across at its widest spot, amorphous in shape, and very full of leaves! When I approached the lenten roses, I nearly dropped. There, in full bloom, were glorious, softly colored lavender/magenta flowers. Three plants, all blooming as if it were June!

Afterwards, I looked them up again and realized they are SUPPOSED to do this! I'd just missed them last year, and they were a relatively new addition to the garden.
On my knees, in the wet leaves, I snapped this one...
Now, mind you, the sun had almost started to disappear. These were not in a shaft of light, but resting in twilight, smug in their ability to surprise a seasoned gardener like me.
Look how the diffuse light shines through the delicate petals. It almost looks like a giant apple blossom, doesn't it? But this is about 2-3 inches across.


My knees totally soaked now, I tore myself away from these beauties and followed a shaft of sunlight to the top end of my old paddock fence which encloses the largest vegetable garden now.

One lone daffodil had pushed through the leaves and survived the snow. It is the first of many.

I found these red berries, dried and shriveled, shining in the light.
Their color was electric, an orange-crimson that glowed and begged for attention.

Not to be outdone, just inside the fence and growing beneath these berries, was a patch of Chinese Lanterns. Now, most folks find them aesthetically pleasing when they are in full bloom orange - either dried or fresh. But these were gorgeous. There's just something about the fact that they survived the harsh winter, with their frail-looking shells, and still hung from the vine, defiant and proud.
When I thought it was all over, I tromped through the garden and found kale growing on stems that laid down on the ground. Looks harvestable to me, but I didn't get a clear shot. Next time. 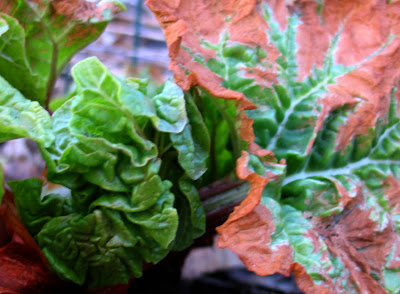 On the way back to the house, another patch of reddish green called to me. I investigated, and found that my rhubarb had already sprouted, and its leaves were burned by their sudden exposure to snow. New growth is coming, though, and the old leaves will just fade away.
See that new growth? It'll be just fine.

I stopped to snap a photo of my wet knees. I had to rotate it 180 degrees so you could see what my knees looked like. Actually, these look pretty good compared to how they'll be when the garden starts up!!
I decided that I really liked the concept of Wet Knees Photos, and created a photography group with that name on Gather. If you'd like to join a community where family type folks who love nature commune via their photos and comments, join for free, here.

Keep informed on Gather.com! Content ranges from politics to cooking, and we earn Gather Points™ or cash for using the site!View my content here: aplazar
aplazar.gather.com 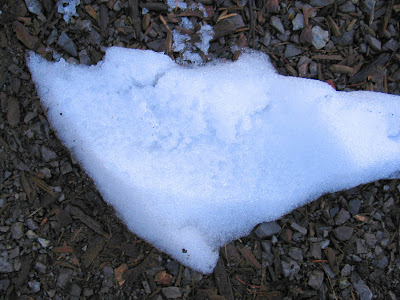 Just before coming inside, I snapped a shot of the last chunk of snow on the driveway.


A few days later, the temperatures shot into the seventies. Yesterday, I spent nine hours in the garden with my grandsons, barefoot and in shorts. We planted two forty foot rows of potatoes and some more beets and kale. And the peas, lettuce, and chard I planted in mid March are coming up!
I can't wait to see what tomorrow brings! ;o)

Posted by Aaron Paul Lazar at 8:44 AM

Aaron, great shots. Glad you finally have some of the nicer weather. Enjoy it while you can. You never know when the next crazy storm will drop in.

Thanks, Steve! You're so right. One year we had six inches of snow on April 26th! It didn't last long, of course. And I remember getting a dusting of snow a few decades back on May 11. Crazy is right! But Sat, Sun, and Monday were over 80 degrees! Nuts!