Today I'm participating in another blog hop, an event that jumps from one writer's blog to another. In this particular hop, we're featuring characters from our novels. Polly Iyer, suspense author extraordinaire, invited me to participate. I've read and loved all of her novels, including HOOKED and MIND GAMES.

Here is a link to her blog, where she discusses her character, Diana Racine, one of my favorites.

Polly has just released the third Diana Racine novel, BACKLASH, which I'm dying to read. Here's a peek at the book:

When psychic Diana Racine’s old friend is murdered in New Orleans, her love, Lieutenant Ernie Lucier, brings her in to consult on the case. What she sees when she touches the dead man’s body is another man with silver eyes, a gang tattoo, and a bullet in the middle of his forehead. Before long, Diana and Lucier are drawn into a web of murders that stretches far into the past. The deeper they get into the investigation, the more it appears the deaths are the work of a group of vigilantes on a moral crusade. Vigilantes wearing the blue of the NOPD who won’t let anything or anyone stand in their way.

*** Now here is my piece about one of my very favorite characters. *** 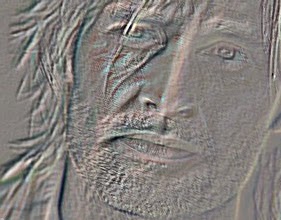 When I began to write the Tall Pines Mystery series, I never intended to create a mystery featuring a sensuous three-way relationship between Marcella, her husband Quinn, and her first love, Sky. But that’s exactly what happened, and the tension and desire are still scorching the pages behind the mysteries in books two through four.

In For the Birds, book 1, Marcella is in love with her husband of seven years, a beautiful half-Seneca man named Quinn “Black Eagle” Hollister. I hadn’t created Sky Lissoneau yet, who shows up as a feature character in book two, Essentially Yours.  Sky proposed to Marcella when she was a young woman on the brink of pursing her singing career. She loved him deeply, but wanted to follow her heart to New York City, where she hoped to become part of the cast in The Metropolitan Opera.

When Sky arrives on the scene after being MIA for eighteen years, Marcella is stunned and deeply conflicted. Of course she loves her husband. She adores him. But when she sees the passion that still fills Sky’s sea green eyes, it makes her remember the times they had together as teenagers on Honeoye Lake. As a youth, the young Sky methodically studied methods to please women, and his talent in that arena had driven Marcella to heights she’d never forget. He’d been her first, and she’d ridden those waves of rapture with abandon on his family’s pontoon boat at night in the middle of the lake.

Sky suffered badly in the war, including having to secretly leave his platoon when his best friend’s life was in danger. Captured and held as a prisoner of war for years, all he could think of was Marcella, his darling Marcella. It was the thought of Marcella’s soft kisses that kept him going. Her infectious laugh helped him survive the cruelest torture. And when he returned with a gang of vicious hi-powered crooks chasing him, she’d saved his life. Somehow, he just knew she’d be there, still waiting.

It was when Marcella introduced Quinn that his heart was broken for the second time in his life.

Now he secretly hopes she’ll dump her big, beautiful Indian brave and come back to him. But he never says a word. He just looks at her with adoration, and jumps to help her whenever possible. In Betrayal, book #4, Marcella is on the outs with her husband and flees to their cabin in the Adirondacks for solace.

Sky lives and works at Project Hope, a research site in the mountains. When she calls him for help turning on her water and heat, he’s at her side in a flash, and is very happy to oblige. ;o)

Marcella Hollister realized a lifetime of hopes and dreams when she was given custody of a child. A cousin of her half-Seneca husband, Quinn, the baby’s mother was murdered in a political plot—and Marcella, who’s never been able to have children of her own, formed an instant bond with little Kimi.

Then a distant relative comes forward to claim Kimi—and Quinn, who Marcella thought understood her pain better than anyone, allows them to take the baby without a fight.


Confused and deeply wounded, Marcella takes off for Tall Pines, their secluded Adirondack cabin. She hopes the peace and natural beauty of the mountains will help clear her head and decide whether to forgive Quinn…or leave him.

But the situation at Tall Pines is anything but peaceful. Her high school lover, Sky, arrives to help out—and Marcella discovers her old feelings may not be as distant as she thought. Worse, a serial killer is stalking young women in the area. And when a teen girl whose mother works with Sky goes missing, Marcella and everyone she cares for wind up dead center in the killer’s sights.

Next, please stop by my fellow authors' websites when you can. Next week they will post their
"About My Character" pieces for you to enjoy!

They are at The House of Annon to learn how to change their lives. Annon is their guide, helping them and at the same time searching for the one who will replace him, guiding others to change their lives. He studies each one, wondering who it will be; one of these, or is there another to come? At each session they talk about the amazing changes in their lives, face obstacles, and overcome set-backs in order to learn how to use the infinite power within. In the beginning there are only four. More will come, more always come.