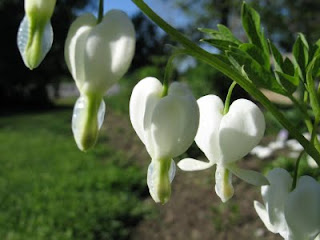 As I’ve mentioned in the first two pieces on “Paradise,” my goal is to catalog the extraordinary experiences I’ve had since losing my job of twenty-eight years. Exploring that lustrous silver lining that comes with life traumas helps me stop feeling sorry for myself, so I’m doing my best to document things that never would have happened if I’d still been working at Kodak.

My engineering career was long and satisfying. Sadly, this week Kodak’s laying off another 20% of the few folks who are left in my old group. When my boss told me I was laid off last January, he said, “It’s the beginning of the end, Aaron.” I guess he was right. There are now less than 7,000 Kodak employees in Rochester, compared to the 60,000 that were there when I was hired in 1981. I’m struggling not to relive the unsettling feelings I experienced when it was my turn to be rejected. Er. I mean laid off. Of course, the actual term is “involuntary separation,” or “forced early retirement.” Except the powers to be messed with our retirement money when they sold us and bought us back from Heidelberg, so there’s no hope of actually retiring yet. God, I wish there were, with every fiber of my being. But such is life.

I hope to help my former colleagues as best I can in the weeks to come. Although I expected to have a great job by now, and to be able to bring in some of my former coworkers into the fold of a wonderful new company when they got the axe… Um… that hasn’t happened yet. But it will. So everyone tells me.

Frankly, I’m starting to wonder if anyone who’s 56 years old gets a good job. Sure doesn’t seem like it. And get this - I have more energy than both of my 24-year-old daughters put together, and dozens of productive years ahead of me. (Ahem. Any prospective employers listening?)

Okay, enough of this raving. The feelings are real, but it’s not very helpful to wallow.

If you remember, I introduced you to “Frank,” in Paradise Part 1, and “Bella” in Part 2. Today, in Part 3, I’m discussing a group of people who stole my heart. I plan to return to this magical place, frequently, when I retire for real.


(This photo was taken from an online collection. The expression on this man’s face is priceless!)

When I worked at Kodak I never had enough vacation. Much of it was spent taking family to doctors and trying to keep up with my gardens and chair caning business. Even five weeks a year didn’t cut it, so I never had time to take out to volunteer, though I’d always wanted to do it.

About a month ago my daughter invited me to volunteer at her summer job, a fine “day care” facility in Rochester, NY. I’m going to change the names of everyone – from the institution to the individuals – because I respect their privacy. I was honored to help out at this fine establishment that cares for and nurtures the artistic talents of disabled individuals.

Each year, this wonderful facility celebrates its clients by orchestrating a special “summer fest.” The theme this year was “Hollywood,” and each of the individuals was encouraged to dress up in costumes from Batman Costumes suits to Cinderella gowns. My job was to play “paparazzi” and take photos of them as they arrived via limo and walked down the red carpet we lovingly laid for them.

My heart leapt every time a new carload of people was delivered at the entrance. Whether they suffered from Down Syndrome, blindness, autism, muscular dystrophy, or a multitude of other conditions, they arrived dressed to the nines. Boas were flipped over saucy shoulders, bowties were straightened with pride, and hats were tilted in jaunty angles. The gals showed off prom gowns with sparkling tiaras, twirling around for the photos with such excitement that I couldn’t help cheer them on. The pride in their beautiful faces shone brighter than the sun that didn’t show up that morning.

Melanie introduced me to dozens of her “favorites,” and I fell for all of them. They displayed such innocence, pride, camaraderie, love of music/dance/art… they inspired the hell out of me and I honestly felt as if I’d made 50 new friends that day.

After a morning of helping out in the art, dance, and music rooms, we served lunch and helped carry trays for those who couldn’t manage. When everyone had feasted, we gathered for an assembly where awards were given out for most improved skills, and then various groups (blues band, musical theater, dance troupe, etc.) performed for their parents and the rest of us. Although I’ve witnessed many a performance in my day (thanks to Melanie’s love of theater and music), I must say I’ve never seen performers glow with such unparalleled pride.

I’ll tell you, after feeling a little sorry for myself because I haven’t found a job yet, the whole experience was humbling. Here were folks with what the rest of the world called “disabilities,” yet in their worlds, they hardly noticed. They had circles of friends, special sweethearts, and favorite teachers – just like in a “normal” school. And who the hell knows what normal is, anyway? Right?

I was privileged to meet Mona, a blind wheelchair-bound woman with speech difficulties. Yet this big hearted woman loves to sing, and asked Melanie every single day if she’d brought her guitar so they could go through their special playlist together. She held my hand when she sang her heart out, and her love of my dear daughter just about brought me to tears.

Then there was joyful Jordan, a young man crippled physically, but with a smile that warmed the room every time he entered, couldn’t wait to tell me how he played the drums. He was so proud of his skills that he practically burst.

Five or six teenaged girls with Down Syndrome all danced with their princess gowns, twirling around the dance hall with such abandon that I was reminded of prom night. There was no less joy, and certainly a lot less angst.

Tami wrote beautiful, sensitive poetry that broke my heart. We talked about writing, and I gave her some of my bookmarks. Thrilled to death, she asked about my books. I brought her a copy of one of my LeGarde Mysteries last week, and received one of the most enthusiastic hugs that I’ve had in a very long time.

Nahum wove lovely needlepoint on his quilting patches. I stared in amazement and complimented him on his skills. He received a special award for his hard work, and although he had to wheel up to the podium, he received thunderous applause from his peers.

Tony drew pictures so beautiful they sold for good money in local art venues. He loves to draw vertical strokes of mixed colors. I stood and stared at his work for a very long time. The subtle blends of hues were mesmerizing.

And Reggie, who never spoke before Melanie worked with him, insisted on saying “Hi,” and “Bye” when we left, tugging at her sleeve for attention. The enormity of the work she does with these people stunned and humbled me. Music therapy works, in ways I had never imagined.

This whole experience made me wish I could start all over, get a degree in therapy or social work, and devote my life to a cause much more meaningful than designing and testing high speed digital printers. If it weren’t for annoying things like paying for prescriptions and mortgages, I would do it in a heartbeat.

Maybe in my next life?


Preorder Aaron’s latest book, Mazurka, at Barnes and Noble for a significant discount!

Aaron Paul Lazar wasn’t always a mystery writer. It wasn’t until eight members of his family and friends died within five years that the urge to write became overwhelming. “When my father died, I lost it. I needed an outlet, and writing provided the kind of solace I couldn’t find elsewhere.”

Lazar created the Gus LeGarde mystery series, with the founding novel, DOUBLE FORTÉ (2004), a chilling winter mystery set in the Genesee Valley of upstate New York. Like Lazar’s father, protagonist Gus LeGarde is a classical music professor. Gus, a grandfather, gardener, chef, and nature lover, plays Chopin etudes to feed his soul and thinks of himself as a “Renaissance man caught in the 21st century.”

The creation of the series lent Lazar the comfort he sought, yet in the process, a new passion was unleashed. Obsessed with his parallel universe, he now lives, breathes, and dreams about his characters, and has written nine LeGarde mysteries in seven years. (UPSTAGED – 2005; TREMOLO:CRY OF THE LOON – 2007 Twilight Times Books; MAZURKA – 2009 Twilight Times Books, with more to come.)

One day while rototilling his gardens, Lazar unearthed a green cat’s eye marble, which prompted the new paranormal mystery series featuring Sam Moore, retired country doctor and zealous gardener. The green marble, a powerful talisman, connects all three of the books in the series, whisking Sam back in time to uncover his brother’s dreadful fate fifty years earlier. (HEALEY’S CAVE: A GREEN MARBLE MYSTERY, 2009; ONE POTATO, BLUE POTATO, 2010; FOR KEEPS, 2011) Lazar intends to continue both series.

“It seems as though every image ever impressed upon my brain finds its way into my work. Whether it’s the light dancing through stained-glass windows in a Parisian chapel, curly slate-green lichen covering a boulder at the edge of a pond in Maine, or hoarfrost dangling from a cherry tree branch in mid-winter, these images burrow into my memory cells. In time they bubble back, persistently itching, until they are poured out on the page.”

The author lives on a ridge overlooking the Genesee Valley in upstate New York with his wife, mother-in-law, and Cavipoo, Balto. Recent empty nesters, he and his wife are fixing up their 1811 antique home after twenty-five years of kid and puppy wear. He worked as an electrophotographic engineer at the Eastman Kodak Company, in Rochester, New York for 28 years, and plans to eventually retire to write full time.

Lazar maintains several websites and blogs, is the Gather Saturday Writing Essential host, writes his monthly “Seedlings” columns for the Voice in the Dark literary journal and the Future Mystery Anthology Magazine. He has been published in Absolute Write as well as The Great Mystery and Suspense Magazine. See excerpts and reviews here:

Contact him at aaron.lazar@yahoo.com.
Posted by Aaron Paul Lazar at 7:27 PM