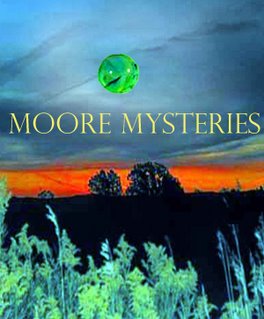 Happy sigh. The Green Marble series has found a home. Sam and Rachel Moore will debut in the founding book of the series with Twilight Times Books under the Paladin Timeless Imprint. Ebook to be released October, 2007; Print version to follow. We may end up changing the title, so for those who have read it, start submitting names!

That's the best news I've had in a while. And for those of you who are still waiting for the next LeGarde Mystery, Mazurka - there is yet hope! Twilight Times Books as asked to take a look at it. ;o)

My agent, Joan West, will begin pitching Firesong: an unholy grave. This is the fourth book in the LeGarde series, although it may end up coming out as the "first" with a new publisher. Heard of prequels? That might work! LOL. 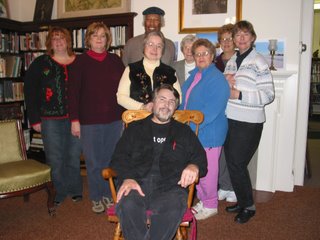 I also had a splendid evening at the Dansville Library last Saturday afternoon for their Winter in the Village Festival. Read to folks from Tremolo: cry of the loon and had wonderful discussions. Thanks to all who attended and a special thanks to Terry Dearing, librarian.

Congratulations, Aaron! I couldn't be happier for you! By the way, you're looking good. Someone's been working out.

LOL! Must be the black clothing, Val! I've been walking every day, but have a LONG way to go.

Thank you so much for your support. You have been tremendous, and remember - you were instrumental in making the Marble what it is today. You helped me immensely - stopped that head hopping that happened occasionally, and I thank you from the bottom of my heart!

Thanks, LZ! Checked out your blog - gorgeous photos. You do get around! ;o)

You're welcome from the bottom of mine.

Aaron, I love the picture of you and the other folks. Cosy and relaxed. Thought I better visit before I move the computer.

Thanks, Steve! Yeah, it was a beautiful Victorian room in the library that's housed in an antique home. I felt pretty pampered there! It was nice and informal, the way I like it. ;o)