Hi, folks!
I thought I'd share a review I just wrote for Maggie Ball's debut novel, Sleep Before Evening, an important read with deep insight into the human condition.
Talk to you soon,
Aaron 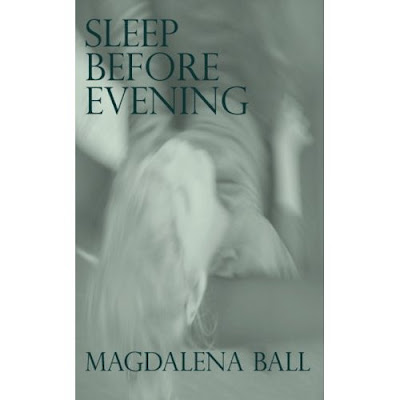 Life isn’t perfect, but seventeen-year-old Marianne Cotton is blessed with a loving and devoted grandfather who carefully schools her in piano, the arts, and literature. An “A” student, Marianne basks in his attention while eclipsing memories of her deadbeat dad. Lily Cotton, Marianne’s self-involved, bipolar mother, loves her daughter within her own limitations. The needy artist frequently requires tending when moods swing, forcing Marianne to table her own needs and emotions to care for her. A series of men has invaded their lives, providing a less than perfect environment for Marianne.

The brilliant young woman manages to survive until her senior year in high school, when just before finals, Eric Cotton collapses into a vegetative state. Although Marianne is convinced her grandfather is still alive inside, the decision to pull the plug is made by Lily and her current husband, Russell. Marianne interprets this act as a deep betrayal, and reels in shock when she’s notified that her grandfather has been removed from life support.

Faced with spiritual solitude, Marianne starts to unravel. She falls for a handsome and charismatic street musician named Miles, who lures her into a world of sex, drugs, and smoky club blues. Marianne’s pain is diminished with each fix she accepts from her new group of exotic and seemingly attractive friends. Armed with a fake ID, school recedes and her scholarship for NYU seems unimportant. Marianne lands a job at a sleazy bar, serving drinks to overweight groping men and pushing through the motions with more mental lethargy as her craving for absolution and oblivion careens forward, driving her to a nearly lethal intravenous heroin addiction.

Magdalena Ball’s writing, insightful and deep, engages the reader from page one. Her characters linger long after the story resolves to its perfect conclusion. Highly recommended for a glimpse into the motivations behind heroin abuse, as well as thoroughly alluring family drama, Sleep Before Evening is powerfully addictive in its own right.
*** 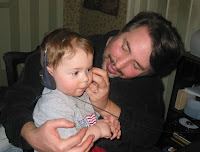 Double Forté is the founding book of the LeGarde Mystery series and was released in January, 2005. Upstaged was released in October, 2005. His third, Tremolo: cry of the loon, is scheduled for release via Twilight Times Books under the Paladin Timeless Imprint November 15, 2007. Mr. Lazar is currently working on his twelfth book, For Keeps. The first book of his paranormal mystery series, Moore Mysteries, will be released in early 2008, followed closely by Mazurka, the next book in the LeGarde mystery series. He is a regular columnist for FMAM (Futures Mystery Anthology Magazine), Mysteryfiction.net and has been published in Great Mystery and Suspense magazine and the Absolute Write Newsletter. Contact him at: aaron.lazar@yahoo.com, visit his blog at aaronlazar.blogspot.com, or stop by his websites at http://www.legardemysteries.com/ and http://www.mooremysteries.com/.

Posted by Aaron Paul Lazar at 2:51 AM

This blog is fantastic; what you show us is very interesting and is really good written. It’s just great!! Do you want to know something more? Look: Great investment opportunity in jaco beach hotel, jaco beach front hotel , jaco beach hotel costa rica. Visit us for more info at: http://www.jaco-bay.com/