Hello, friends.
My life has been replete with one-two punches. Actually, it's usually one-two-three. You know the old saying, "trouble comes in threes?" Well, sometimes I'm relieved when it stops at three!
It's par for the course, as I'm sure it is in your lives, as well.
This week was no exception - but it sure was a rough one. And I was reminded of the power of writing as therapy and distraction. Such a wonder. And I thanked God for it, once again.
It started out with my wife's MS. Another exacerbation, a really bad one this time. Mind you, she hadn't suffered massive flareups except a few times a year for the past ten. The Avonex was working, doing its job of reducing the severity and frequency of exacerbations. But over the past year they have come closer together and with increased intensity. New symptoms, both mental and physical, have plagued her until it seems as if there is never going to be a reprieve. 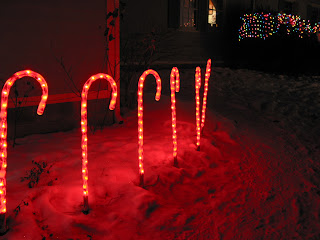 So, the wintry week started out with the knowledge that we're going to have to change therapies. There are three current interferon type treatments used now, and we're going to switch to another called Copaxone. It requires one shot a day, as opposed to the weekly Avonex shot, but if it helps, it'll be worth it.
You'd think this would be a simple thing, right?
After three days of playing telephone tag, we finally connected with the doctor, and discovered we have to fill out a form (paper form, not even online), mail it in, and get "registered." What? Yes, registered to use this new treatment. Then a nurse has to come to the house to retrain her on the injections, even though she was already trained.
Okay, so we took yet another deep breath and prepared to wait. 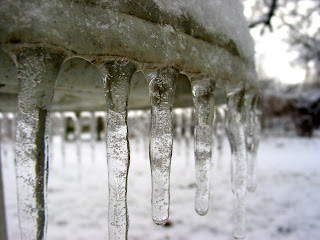 Then the phone died.

Both the downstairs and upstairs. And I couldn't find my glasses to try to figure out what tiny little wires had come undone. We switched over to our cell phones, because what happened next made the week's usual troubles pale in comparison.

My mother-in-law, who lives in an addition on our home, is a sweet and loving woman. I adore her, she is a blessing to our home, and she drives my wife and daughter everywhere, helping me stay at work (an hour away) for the more mundane local appointments, etc. Apparently the day before Thanksgiving, when she was expecting her son and his family to arrive any minute, she felt some pain in her chest. And it rose to her jaw a bit. And her arms hurt a little.
What?
Yup. The alarm bells are ringing now, aren't they? Call 911!
She didn't. She thought it was probably heartburn, and let it go. And she's an old Yankee stoic who avoids the doctors at all costs and doesn't even like to take an Advil if she can tough out the pain.
Then it happened a few more times. After Thanksgiving. She felt so tired, but couldn't figure it out. Must be that darned anemia. Must eat more meat, she thought.
When I got wind of this I told her she needed to be seen immediately. She promised, and the next day they discovered she'd had a heart attack. Or two. Or three.
We rushed her to the ER, a battery of tests were run, and it was determined that she needed an angiogram. Probably had a blockage in one of her arteries.
By the way, when all this was happening, our microwave died and the water well pump switch kept misbehaving. The kindly repair man from down the street (bless his heart, he's 88 years old and still working!), tried to fix it a few times and ordered us a whole new tank and pump, since the old one was ready to go. So during this whole week we either had no water, or had to run downcellar to reset the switch. Mind you, when my wife's MS is bad, she can't walk reliably.
I spent the evening with my mother-in-law at the hospital, while they stabilized her and prepped her for the angiogram by thinning her blood. Which caused uncontrollable bodily functions I won't detail here, but that humiliated the poor dear. She is a very private person. I helped her through it, and she got through the night.
The next day, after much waiting, they transported her via ambulance to one of the best heart hospitals in the country, Rochester General. Within an hour of her arrival, she was in the cath lab and on the table.
The cardiologist told me ahead of time that she would likely need a stent and angioplasty. But there was a slight chance that she'd need open heart surgery. The expectation was that the procedure should take no more than 45 minutes and that we'd know within the hour.
My poor wife stayed home to worry (she still couldn't walk reliably) and I waited with my laptop and cell phone, trying to keep my wife's two brothers (who lived far away), my three daughters, and my wife appraised of the situation. It was a cell phone nightmare, but surprisingly, my battery held up and that part actually functioned.
Thank God for my laptop. I'd been alternating between reading Dean Koontz's Brother Odd (such an inspiration to all writers!) and working on my twelfth book during the long waits by her bedside. But now I needed it more than ever. This was the turning point. I knew the risks were high for an elderly woman in her eighties. And what if...
I did okay for the first forty-five minutes.
I wrote two chapters, blinded myself to my swelling fears and allowed myself to be taken into Sam Moore's life. Poor Sam. He'd lost a loved one and was traveling back in time through the power of the green marble to try to fix it.
I kept thinking how I'd fix things if I'd had the chance. Would've got her to the hosptial sooner had I known. Would've taken her right up to this hospital yesterday, had I known. Woulda. Coulda. Shoulda. You know the thoughts.
An hour passed and I started to panic. An hour and a half. The cell phone they'd assigned to me didn't ring. I kept checking it to see if it was dead. Hoping she hadn't had a sudden complication. Wondering how they'd tell me if she did. Would a doctor come out, instead of calling?

I plunged back into my story, wrote what felt like good stuff, once again amazed at the therapeutic powers of the process. Somewhat distracted and able to breathe, I kept going and punched out another chapter. Life and death dramas occured around me in that waiting room, and each time a family's cell phone rang, we all jumped.
After almost two hours, the phone rang. The nurse asked if the doctor had called me yet, and was suddenly full of apologies because he had forgotten me. My mother-in-law was fine. The doctor called and said that she'd been about to have a massive attack. Two arteries were blocked 80 and 90%. But they'd successfully cleaned them out and successfully put a stent in one.
I brought her home yesterday in a raging snowstorm, but she's resting comfortably in her own bed. Winter is definately here now, which is okay by me. And we're so greatful for this early Christmas present. We still have our dear lady, and it looks like she's going to be just fine.

The new pump is in, but we still have no water, and we're starting to run out of the supply in the tub that we use to flush the toilets. Our kindly repair man was here until 8:00 last night, trying to figure out an unexpected new problem. I sent him home and told him to get some rest, that things would seem clearer in the morning.

Regardless, the mechanical problems will resolve eventually, and life will go on. And maybe we'll be able to think about putting up our Christmas lights this weekend. ;o) 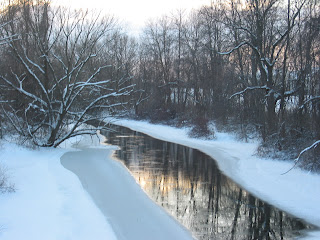 I think I'll go write a chapter. I need another dose of therapy.
- Aaron
PS If you would like personally autographed copies of Double Forte' , Upstaged, or Tremolo, I'm running a special this month. All three books signed and mailed to you for fifty bucks, ten off the usual price. Email me at aaron . lazar @ yahoo.com (minus the spaces) for details.