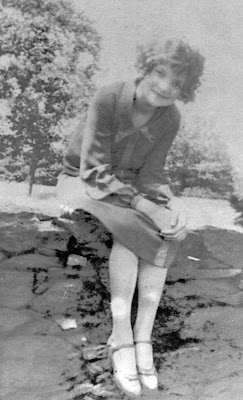 “Bon Soir Mes Amis, Bon Soir.
Bon Soir Mes Amis, Bon Soir.
We had such a good time together,
But now we must say Bon Soir.”
Before I reached the second stanza, my grandmother’s eyes lit up and she joined me, singing in a wavering soprano. My heart swelled. Her eyes sparkled and her face crinkled with joy. She popped the last scallop in her mouth, and laughed with a tinkling wind-chime sound, reaching across the table to lay her hand on mine.
“Oh, my. I love that song. I used to sing it to you when you were a boy.” Warmth filled her eyes. “Isn’t it nice to be with family?”
** Bon Soir, Mes Amis is dedicated to my grandmother and based on a true story. **
***Watch for Aaron's two new books this summer - MAZURKA (fourth in the LeGarde series), and HEALEY'S CAVE, the debut book in his paranormal green marble mystery series.
Posted by Aaron Paul Lazar at 7:41 AM