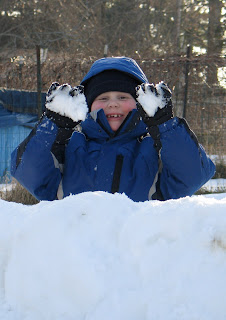 I've written hundreds of articles about the craft of writing, the world of publishing, the aching sense of loneliness we writerw sometimes endure as solitary artists, and so many more writing life topics… But I haven't ever written about children and their heads-full-of-stories.
I’m going to admit something to you. I’m an old fuddy duddy. At least when it comes to kids and their upbringing. If you’ve read any of my “slice of life” articles where I share stories about my grandkids, you already know that I believe kids should be outside, playing. Simply playing. They should be using their imaginations, climbing trees, picking wild blackberries, throwing balls, and running. Lots of running is important.
My childhood was full of those activities and more. I was lucky enough to have an old chestnut gelding, and we roamed the woods and fields alone and with friends for most of my young years.
So, here it is: winter 2010, we STILL have no snow to frolic in, and I see my grandsons playing this godawful Xbox 360 (or whatever the heck it’s called!). So, I get crazy. I hate seeing them pretending to drive, bomb, kick, hit, stab or whatever it is those stupid games allow them to do. I REALLY hate it. But they aren’t mine to raise (not 100%, anyway, LOL) and I have to tolerate some of this stuff that comes with their generation. 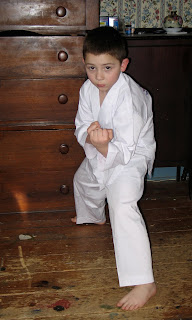 This week, however, I decided to lure them away with the idea of making a book together. Julian helped me with chapter 1 and part of chapter 2; Gordie took over midway through chapter 2, and then it snowballed. I typed and helped them by asking questions like, “and what did they see in the green puddle?” and “what did the billy goat say to the boy?” etc. Each boy wanted to write a chapter every night. We got up to chapter four, and then they had to leave to go to their daddy’s house. We’ll add more next week when they come back. They drew pictures on the computer, and we printed them out to use in our “book.” We made four copies of it for various members of the family, and they erupted in peals of laughter every time a new victim read the story.
I can’t tell you how much fun it was, but thought for a lark I’d share some of our unedited creations below. Now, if we were writing this for a real storybook, I might have jumped in more and suggested some funny twists. But really, it was funny enough to see what came out of their little boy minds. I even left in all the exclamation marks that I HAD to include because of how they yelled out the sentences with such excitement on their faces. ;o) I had a blast, and hope you’ll get a kick out of it, too. 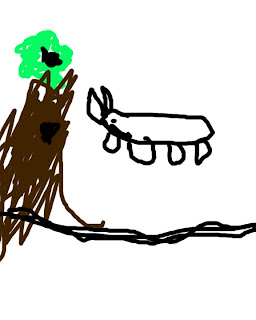