I’ll never forget the article I read on giveaways, written by a successful author who’d climbed his way to the top with sheer sweat and brains. Well, to be honest, I can’t remember his name, but I’ll never forget his advice. He recommended that every author give away tons of books to spread the word. Of course, this is if you haven’t already landed a publisher with deep pockets who’s promoting the hell out of your work.

Some folks recoil with horror when they hear this. “After all I’ve gone through to GET here? After all that agony of rejection after rejection? After finally getting into a good publishing house? After the years I’ve spent perfecting this book? And the years beyond I waited for it to come to print? And ESPECIALLY since I only make a ridiculously tiny profit on each book? You want me to give them away? Doesn’t that invalidate the whole thing?”

No. It doesn’t. It helps grow your readership.

I’ve given away quite a few books in the past five years. To friends who helped with the books, to the gals in the dentists office, to friends’ grandmothers who had no money but loved mysteries, to the English teacher I met in Monroe Muffler who taught grammar for twenty years… I give many away on impulse and quite a few more with careful planning.

But the author who wrote said article would encourage you to buy at least 350 copies and strategically give them all away.

He suggested donating a book to every single person in your life who likes to read. And to those who don’t, or who have spouses who do. To doctor’s offices, to the local fire department, to hospitals, friends of friends… you name it.

Of course, we’re talking big bucks here. Three hundred copies of a typical $17.00 trade paperback could cost an author almost three grand, if he gets a good discount from his publisher. Three thousand dollars! That’s more than many small press authors make on one release.

Sadly, I never got to the point where I followed this fellow’s advice, but I still impulsively give my books away all the time. The way he explained it, and the way I figure it, nobody ever bought a book by an author they don’t know, or that wasn’t written up with glowing of accolades in major publications. So let them read your stuff, fall for it, and maybe they’ll buy your other books, too.

I ran across another blog this week that touted the same principles, but using eBooks instead of print books. Much less outlay was required by the author and publisher, and a great deal of savvy marketing was involved in the whole process. You can read this brilliant article by J.A. Konrath, here.

As luck would have it, I’ve recently seen a few examples of how this works.

When I was hired into my new firm in June, I wanted my coworkers to know me. To really know me. And you can’t do that unless you read my books. I’m not just the friendly guy who loves his family, smiles a lot, is willing to help at the drop of a hat, who sometimes might even seem a little too nice. There’s the real me, the guy who writes all the time, who loves nature to the extreme, who harbors fears, who’s been through hell and back, more than once.

In order to do this, I signed over a copy of Double Forté to my colleague and to my boss and his wife, who both work there. Then, I brought one copy of each of the rest of my books into the office and set them on a shelf, plus sent a duplicate set to Germany to our R&D team, for the members who read English fiction. “Help yourself,” I said. “These are for you and your friends.”

I was thrilled when Bill brought home the books for his elderly mother, who reads 3-4 books a week. She loved the first one. Said she devoured the second. And so on. Within a week and a half, she’d read them all. The other day, she told her son she wanted her own copies of each of them – she’s buying all five books. Neat, huh?

I never expect anything back when I give away books. To be honest, I love sharing what’s inside me with these people. Maybe it’s a latent case of needing to feel loved and validated. But a tiny part of me hopes that maybe someday, the mother of the brother of the gal who works in the dentist might know the son of the Hollywood producer who hears about and then reads my stuff; then realizes the potential he holds in his hands for a blockbuster movie series. ;o)

Okay, so we can all dream. Right?

I can’t be too specific about this next instance, because I promised not to tell that I received something phenomenal for free. But after donating several years of my time to an online writers group (managing submissions, mentoring, teaching and donating about 3-4 hours a week before I pooped out), I was given the equivalent of many hundreds of dollars of free promo for my newest book, Healey’s Cave, without even asking.

Wow. What goes around comes around, and all that. ;o) Nice to know it can still be true!

Next time you grow pale and shudder at the idea of giving away your books, think again. Or rather, if you have some on hand, don’t think. Just do it. You never know what will come of it. And if nothing tangible comes your way, at least you had the joy of sharing with another human being. Right?

Don’t forget to take pleasure in the little things… and write like the wind! 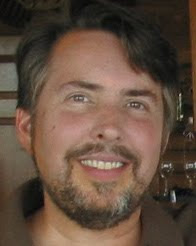 Aaron Paul Lazar writes to soothe his soul. The author of LeGarde Mysteries and Moore Mysteries enjoys the Genesee Valley countryside in upstate New York, where his characters embrace life, play with their dogs and grandkids, grow sumptuous gardens, and chase bad guys. Visit his websites at www.legardemysteries.com and www.mooremysteries.com and watch for his upcoming release, FIRESONG, coming Winter, 2010.
Posted by Aaron Paul Lazar at 2:18 AM