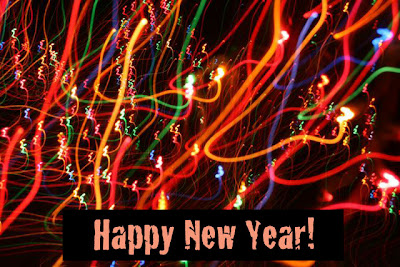 2011
copyright 2011 Aaron Paul Lazar
While we celebrate and ring in the new year, I'd like to thank each and every one of you for your support here on Murder by 4 and everywhere we happen to run into each other.
I often tell folks that my favorite part of being an author is connecting with my readers. It's the truth. I love you guys. And I'm humbled that my stories seem to inspire, comfort, thrill, or entertain. Armchair traveling can be a great escape, and let's face it, we all need a break sometimes, right?
I take great pleasure in the fact that you relate to Gus LeGarde, to Siegfried Marggrander, to Camille, and now to Sam and Rachel Moore. And for the first time in a long time, I might actually have one book of each series to give you in 2011, plus a few more books in my NEW series.
Yep. Another one. I know it's nuts, but I couldn't help myself. Having that laid-off year off between "day jobs" gave me the chance to get reacquainted with the Adirondacks, and to fall in love all over again with the majesty and beauty of the region. It was just natural that a new series based on the Sacandaga River, in Hope, NY, would be born. There are already two books under contract and scheduled for release in 2011/2012 in the new series featuring Marcella and Quinn Hollister, antique dealers from Honeoye, NY, whose lives spin out of control when secrets from the past catch up with them.
Up Next
The next book on the docket is FIRESONG, the novel that brings Gus LeGarde back to East Goodland to face some of the most tangled and baffling mysteries of his life.
The cover is done and I'm working on the final polish. Fingers crossed that we'll have it out in print soon.

I don't enter many writing contests. I know, I know. I probably should. But all these extranneous things I do for promotion or awards take away from writing time, and it kills me. I need to write. I need time with the characters in my parallel universe(s). So I avoid the stuff other than pure writing more than I should.
This year, though, at some prodding from my publisher, I sent out HEALEY'S CAVE to a few places. It seems they liked it. ;o) The book made it to the top two finalists for the Allbooks Editor's Choice Awards Mystery category. The winner will be announced in January.
I'm pleased to say award-winning Carolyn Howard Johnson also seemed to like the book, and picked it for one of her top choices for her Back to Literature column 2010 on the Myshelf.com site.
Thanks to Allbooks and Carolyn Howard Johnson for these honors.
Coming Soon - the second Moore Mystery
The next Moore Mystery has been titled. It's called TERROR COMES KNOCKING  and was named by a great friend and supporter of my books. Thanks to Don Harman, from Charlotte, North Carolina, for suggesting the title. TERROR COMES KNOCKING puts Sam and Rachel Moore through more heartstopping trials. The green marble is back, Billy hasn't gone off to visit the angels yet, and daughter Beth goes missing. It should be out in 2011, as long as I continue to make good progress on the final polish. You can read an excerpt from it soon. Stay tuned to the website devoted to Sam and Rachel, at www.mooremysteries.com.

Introducing Tall Pines Mysteries
Two new mysteries are due in print in 2011/2012 - FOR THE BIRDS and ESSENTIALLY YOURS. These mysteries are set in the gorgeous Adirondack Mountains, and have just a touch of the paranormal entwined in the plots. They're full of humor, nature, terror, and I've been told they're a little bit sexy. For the first time in my life, I'm telling a story from a woman's POV! Hey, I figured it would make me a better writer.  And it's good to get inside a woman's mind once in a while. Or so my wife tells me.

Stay tuned for more about this new contemporary series. I think you'll like it!

Call for Beta Readers
Got time? Like to read? Have an eagle eye?
Does it drive you nuts when you spot an error in a finished book?
Me, too. But it's nearly impossible for me to catch all my own errors without the help of my Beta Readers. My brain just integrates the words into what they're supposed to say, and I miss mistakes all the time. Plus there are those little inconsistencies that drive me insane. Like when I left the duct tape on Billy Moore's mouth in one scene, and he started talking in the next. Or like the time I called Sam "Gus" in Healey's Cave. Gheesh.
I could use some help. I'm looking for the average reader who can breeze through my books in efile format, find the occasional typo or inconsistency, and get the manuscript back to me within a month or so. In return, you'll get your name in the acknowledgements and a free copy when it comes out.
Interested? Email me so we can see if you fit the profile!
New Q&A - Ask the Author!
Ever wonder where writers get their ideas? Where I came up with Siegfried? Why he's German? How I seemed to know a bit about Paris or Vienna? How my grandkids model the children for my series? How big my real gardens are?
Now you can find out! Just email me at aaron.lazar@yahoo.com. Next issue, I'll pick a few questions to answer in this newsletter. Maybe it will be yours!
Since it's the season of giving...
I meant to make a special offer on books before the holiday season flew by. But I guess I had a pretty good excuse for not getting to it sooner - my eldest daughter just tied the knot with our new son-in-law, Geoffrey Hall on the night before Thanksgiving. That weekend, daughter Melanie accepted a proposal from new fiance' Jay Carbonneau, and shortly thereafter, Allison said yes to her honey, Jason Wolfanger. Life has been hopping!
So, in celebration of my three daughters finding their soulmates and agreeing to a lifetime together, I'd like to offer a book deal I've never done before.
BUY ONE BOOK, get the next FREE.
That goes for DOUBLE FORTE', UPSTAGED, TREMOLO, MAZURKA, AND HEALEY'S CAVE. This is a one time deal that I don't intend to repeat any time soon. So if you have Christmas money that's burning a hole in your pockets, or want to get started collected birthday gifts for family while the price is hot, email me and we'll get this done!