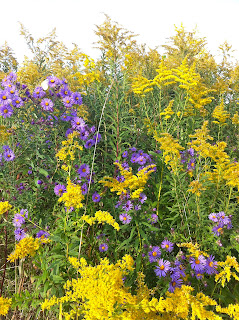 It's October. The Finger Lakes region has been beautiful lately, really gorgeous with its purple asters and bright yellow golden rod, deep blue skies and hints of red and orange colors streaking the hillsides.

I've been waiting for this moment forever. All year, really. I dubbed the year of 2011 "the year of endless edits," because that's all I've been doing since January.

It's not a bad thing, it's really part of a great trend with my publisher. She's decided she wants to release more of my backlogged books, rather than release just one or two a year. We have the first two Tall Pines Mysteries, books 2 and 3 in Moore Mysteries, a new LeGarde Mystery, and two "author's preferred edition" rewrites from the early LeGarde series, all of which are scheduled for release in the next six months, and all which required focused edits.

Compared to last year, 2011 really stunk. I mean, in 2010 I wrote three new books. I was on a constant writing high. Some prerequisite editing came in between (for FireSong, just released in July), but all in all, it was a very satisfying year for filling my aching need to create.

Last week I sent in the final edited manuscript for Upstaged. Done! Fertig! Fini! I was excited to start book three in my new Tall Pines series. Frankly, I was crazy with enthusiasm. After all, nothing gives me a thrill like writing fresh stuff. New stories. New twists. New characters. It's pure. It's fun. And I love it so much it can be scary.

I normally don't research very much.

There. I said it. As terrible as that is, it's true. I write from my experiences and also make up a lot of stuff. I know, I'll look bad by admitting this. But I can't pretend to be who I'm not.

This time, however, my new featured character comes from a Seneca reservation, where she's fleeing a monster who wants her dead. I don't know much about the reservation, except that my daughter and her husband used to go there for cigarettes when they used to smoke. To help with the background, I ordered four books from Amazon to teach me about the Senecas. Then I started to plan the book.

Big mistake! I never have more than a few loose ideas or themes ready to go when I start. The real planning, the real thinking, comes when I'm writing each chapter.

I started to panic. I couldn't make up my mind on characters, ages, plot elements. I drove myself crazy, woke up in the middle of the night worrying about it. 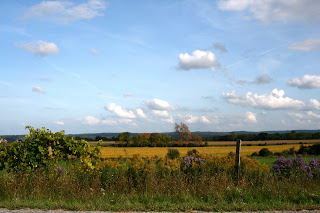 This is my sixteenth book. What was wrong with me? I started to wonder - what if I'm done? What if I never come up with another good idea again? Why can't I just plunge into this like I always do?

I've been doing this torturous "planning" all week, changing my mind a hundred times, talking to my writing pals about it, and going... nowhere.

This morning, I decided enough was enough! I've been craving writing for so long, wanting it so bad, that I was starting to get depressed. It was time to just start.

So I did. I let the first chapter out through my fingers onto the keyboard, and thus Catori was born, with all her problems throbbing in the foreground and with a nice clear picture appearing in my head. I don't really know where this story is going, except that I've got to help this poor girl escape her tormentor, bring her to the Adirondacks (Tall Pines cabin) to be safe, and figure out how to bring down the bad guys.

Hey, someone's gotta do it.

I've gotta remember to write like the wind, and stop this over-thinking stuff. Right?

Please visit my website or my page here on MB4!

I really like this piece on writing, Aaron. A real question how much one should try to plan, to map out a novel first. I'm no good at it, but it's true that sometimes you can write yourself to a complete stop and not know where to go. On other hand, as you describe here, you can also plan yourself into a complete stop. You've done so well in your novels just by letting go and writing. Why change a good thing?

Hi, Dorothy. Thanks so much for stopping by! You're right, of course. I just started writing and the story gelled. On chapter six now and happily moving along on it. Have a wonderful evening!