Thank you, Downton Abbey, for Making Me a MURDERER! 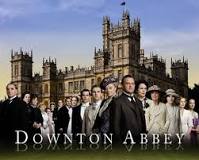 First of all, I have to blame my mother for getting me hooked on Downton Abbey. While visiting her last November, we spent several days enjoying walks in the woods, cooking together, playing scrabble, and yes—watching Downton Abbey every evening.

I’d heard about it, of course. But I had no idea.

This series is so addictive I was riveted to the television—a very unusual situation for me, mind you. We started out with season one, and by the time I was ready to fly home I’d already ordered the first two seasons (I HAD to own them!) and pre-ordered season three.

I was seriously hooked. I adored the characters.

Bates. Mrs. Hughes. Anna. Sybil. Thomas. O’Brien. William. Daisy. Mrs. Patmore. Oh, I could list the whole darned cast here, they are all so good. If you’ve watched the show, I’m sure you know what I mean.

There’s a lot of history and gorgeous countryside, stupendous shots of the inside of this authentic marvelous home in England. Horses. Dogs. And drama.

Oh, the drama. The superb conflict. And last, but certainly not least, the unrequited love…

I’m a terrible sucker for unrequited love, and I feature it continuously in my mysteries. I love the aching, the longing, the never-quite-making-it-there sensation of one loving another, but the other doesn’t quite get it. And maybe the guy really loves the gal but she thinks he hates her… you know exactly what I mean, don’t you?

There’s a slight soap opera-ish quality to the Downton Abbey storylines, but they’re much more dignified and told in such a classy setting that it doesn’t seem over-the-top, it seems just right. In Downton Abbey, one’s emotions are pulled and stretched taut in the opposite direction – usually during only one episode.

This program is so invasive, that I couldn’t stop thinking about the huge cast of family and servants. I’d ached for resolution. I pined for the characters. I dreamt about them.

I watched the first two seasons night after night with my wife, who to my delight also became hooked. During Christmas, all I could think of was the DVD set due in January. Season three was on its way.

When it arrived (shortly after I finished with Murdoch Mysteries, season five, another absolutely addictive and marvelous series!), we watched every night.

That’s when the producers blew me away by starting to kill people.

Okay, so they did kill one very dear and sweet character earlier on. (I won’t mention his name here in case you haven’t watched yet.) I was heartbroken, lamenting his loss for months.

Seriously, I was SO upset. I couldn’t help but rant about it. Eventually, I got over it and realized maybe the young actor had greener pastures to pursue. I forgave the producers for killing him off.

Then—to my horror—they killed yet another character! This one was one of my all time favorites. A brave, sweet, innocent, darling girl. I was furious! My wife and I stared open-mouthed at each other, sputtering, “How COULD they?” It took a while to get used to this travesty until the last episode of season three rolled onto the screen.

Guess what? They did it again, only this time to one of the main characters who had shaped the series from day one. A MAJOR character, one without which you could never imagine the series going forward.

I’ve been thinking about how much this upset my wife and me, and all our family and friends who also follow Downton Abbey. We talked about it for days, still horribly upset about the losses.

Should I kill off one of my main characters?

Sure, I’ve “killed” before, I write mysteries, after all. Some feature characters have been hurt or even murdered. And in For Keeps, I killed off a beloved main character, only to bring her back again through some pretty fancy time-travel footwork into Sam Moore’s past. But in general, I have promised my readers “I’ll never hurt or kill one of the main characters you have come to love” in either LeGarde Mysteries, Moore Mysteries, or Tall Pines Mysteries.

I seriously wondered if I should I break my promise.

When this all turmoil and upheaval in Downton Abbey took place, I was smack dab in the middle of writing my seventeenth book, the fourth in my Tall Pines Mystery series. (Book 1: Forthe Birds (2011, Twilight Times Books); Book 2: Essentially Yours (2012, Twilight Times Books), Book 3: Sanctuary (coming soon); book 4: Murder on the Sacandaga).

I started to consider doing away with Quinn (Marcella’s beautiful Seneca husband), or Sky (her ruggedly handsome ex-beau from her youth), or Callie (my protagonist’s agoraphobic best friend).

I pondered the impact of how these deaths would shape the future of the series. How would the dynamics change? Would it be too dark? Too maddening? Too damned sad?

I expanded my sights to Copper, the six-foot tall black policewoman with an attitude who had rescued Callie from her sadness and become her soul mate and partner. After all Callie had endured—and her past traumas were extreme—could I now deprive her of the one woman she’d found to love?

I decided to do it.

I wrote the chapter. The serial killer went on a rampage and in the heat of trying to escape, killed Copper.

I kept going, not allowing myself to think too much. But inside, I kept thinking how could I do that? What’s Callie going to do? She’ll be totally destroyed!

Since I did this horrific thing, I’ve been second-guessing myself to the point of obsession. I’m already obsessed to the point of lunacy about my characters, but this is getting bad, really bad.

I might “undo” it now. I think I have complicated the plot a little too much with this murder. On top of all the other poor victims of the serial killer… it may be just too much.

So, thank you, Downton Abbey, for messing up my focus and making me into a senseless murderer.

(And seriously, thank you Downton Abbey for giving us such a thrill ride this year!)