What Happens When Two Music Men Get Together in a Mystery? 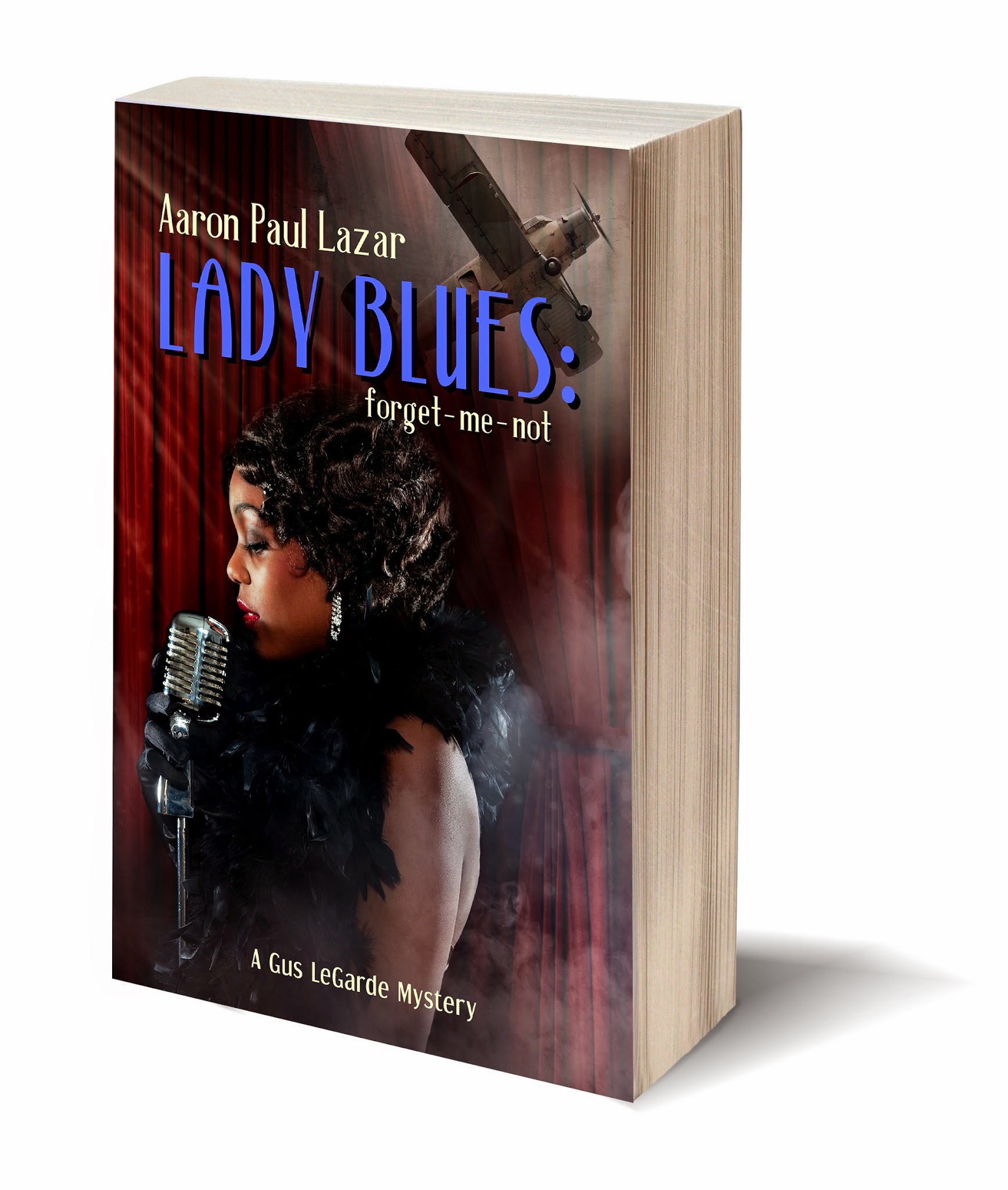 Gus has his plate full on Sundays, literally, as he always prepares an afternoon feast for his extended family and friends, including the dear Reverend Hardina. So when he’s asked to do even more for his church, he hesitates. How can he get it all done?

On this particular Sunday, he agrees, however, and is shocked to find a “jewel” of a chapel at Bello Mondo, featuring real stained glass windows, beautiful woodwork, velvet drapery, and most shocking of all, a pipe organ. He wonders how the place can afford such luxury, and uncovers ties to a big drug company.

Meanwhile, the residents in wheel chairs and bathrobes seem dead to the world in their pews, until they hear the music. They sing their hearts out when Gus plays familiar hymns like “Rock of Ages” and “Morning Has Broken.”

Most interesting is an elderly gentleman dressed in a black suit and red bowtie, who stands and conducts the hymns with his pencil, and whose fingers move in concert with the notes, as if he’s playing piano. Gus learns that this fellow—dubbed “the music man” by Kip’s nurses—has been in homes since he was dropped on their doorstep by the Armed Forces in 1946.

Kip Sterling doesn’t know his own name—but he speaks Gus’s language, spouting jazz terms like “cadence” and “interlude” and “riff.” He’s also obsessed with “his Bella,” but nobody knows who she is.

Because Gus is a music professor (actually based on my own father who was a pianist and professor of music) the Bello Mondo nurses suggest that maybe he can connect with Kip through music. Although Gus’s expertise is in classical works, including his obsessions with Chopin, Khachaturian, and Puccini, he also is passionate about jazz and blues, and strangely enough, plans to write a book on Ella Fitzgerald and her generation. He befriends the old gentleman, and when a new medicine starts to restore Kip’s memories, things heat up.

Music is woven throughout the Lady Blues story, from Gus’s “Opera 101” and “American Composer” classes he teaches at the local university, to his daughter Shelby, whose voice is startlingly beautiful and to whom he’s teaching Ella Fitzgerald’s songs at home, to Bella’s background as a bluesy nightclub singer… it ties the book and the entire series together.

I’ve even put in a plug for my good friend Paul Stuart, who is an award-winning composer in his own right. He’s written operas and symphonies that are played worldwide, and I refer to them within the story.

Side by side, both “music men” piece together the puzzles, which reunite long lost lovers and shed light on a historical mystery dating back to World War II.

You can check out LeGarde Mysteries here at www.lazarbooks.com, and can read them in any order. ;o)

In book 10 of the LeGarde Mystery series, Gus unravels twin mysteries of an abused Korean seamstress and a 1940s jazz ingénue whose pianist lover disappeared overseas on the same night Glen Miller’s plane was lost in English Channel. Gus helps an Alzheimer’s patient reclaim his identity, while dodging a drug company who will silence any witness to keep the truth of their breakthrough Alzheimer's treatment under wraps.

Gus's plate is certainly full, and a feast awaits his readers as well as his guests.

Thanks, Sheila! I always get hungry when I'm writing LeGarde books and Gus is cooking!