Excerpt from The Luck of the Weissensteiners by Christoph Fischer

In WW2 Eastern Europe, two families—one Jewish, one Catholic—fight for survival amidst deception, fear, distrust and betrayal. In the entangled web of political, religious and familial loyalties, can love endure? 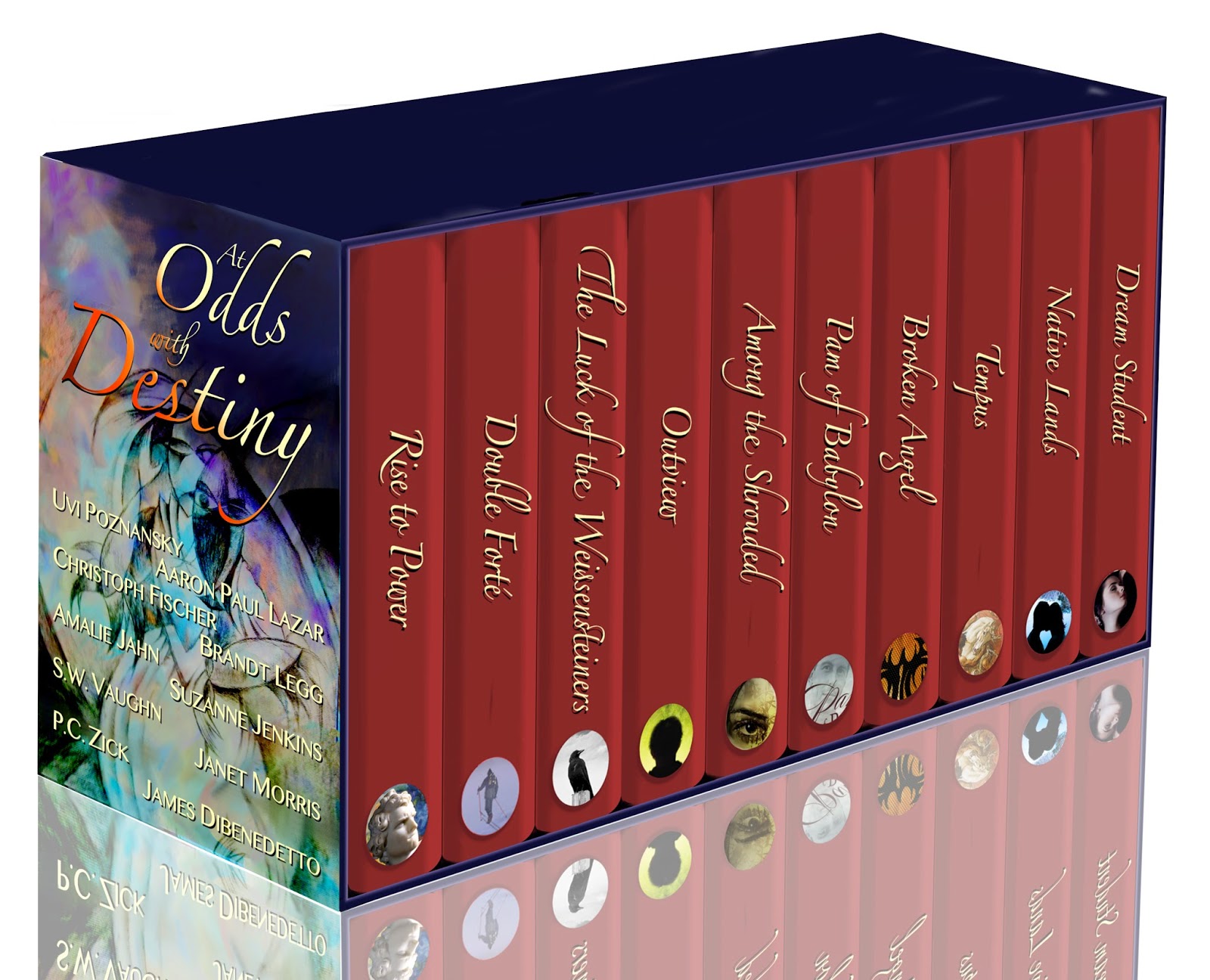 I'm very excited about AT ODDS WITH DESTINY, a new book collection just released which in my humble opinion sets a new level for all omnibuses.

This one offers ten critically acclaimed, best selling authors all in one place - and each book is only NINE CENTS. It's crazy, and it's a super deal. The really cool part of this is that in AT ODDS WITH DESTINY, each full length novel is BOOK ONE in a series. So if you fall in love with an author and his characters, there are many more to turn to in their stable of works!

I'll be featuring some excerpts for these amazing books here over the next few weeks. So stay tuned!

Here's the synopsis to get you started:

In the sleepy town of Bratislava in 1933 a romantic girl falls for a bookseller from Berlin. Greta Weissensteiner, daughter of a Jewish weaver, slowly settles in with the Winkelmeier clan just as the developments in Germany start to make waves in Europe and re-draws the visible and invisible borders. The political climate in the multifaceted cultural jigsaw puzzle of disintegrating Czechoslovakia becomes more complex and affects relations between the couple and the families. The story follows them through the war with its predictable and also its unexpected turns and events and the equally hard times after.

But this is no ordinary romance; in fact it is not a romance at all, but a powerful, often sad, Holocaust story. What makes The Luck of the Weissensteiners so extraordinary is the chance to consider the many different people who were never in concentration camps, never in the military, yet who nonetheless had their own indelible Holocaust experiences. This is a wide-ranging, historically accurate exploration of the connections between social location, personal integrity and, as the title says, luck.

And here is the excerpt:

Wilhelm with his good looks could have his pick of the girls and his eyes were clearly set on Greta, which secretly made Jonah a very proud father.

“Does he not mind you being Jewish, that German book boy?” Jonah asked her one evening over dinner.

“I am not sure he even knows yet,” Greta told him. “The way he talks about the Jews, it doesn't seem to have any reference to me at all.”

“How does he talk about the Jews?” Jonah said with raised eyebrows.

“He just mentions them in passing, like... so and so is a Jew so we do not have his books in our shop. I don't think he has an opinion about it himself,” Greta guessed.

“But the name Weissensteiner, that is a Jewish name! He must know,” insisted Jonah. “I often wished we could have changed that. It would make life easier, wouldn't it?”

“It only sounds Jewish to you because you know that it is,” disagreed Greta. “It could pass as a German name to a naïve young man, which I think Wilhelm just might be.”

“In that case you should bring the matter up soon before this 'book lending' goes any further,” Jonah lectured.

“He seems very smitten with you my darling daughter. It wouldn't hurt to get it out of the way before you waste any more of your time on him or any of his time on you, unless of course you were only in it for the books?”

“No I am not just in it for the books father,” she admitted. “I like him. I think I really like him. He is very interesting. He thinks a lot.”

“Oh he thinks a lot does he?” Jonah said with a little sarcasm in his voice. “Then it is important that he learns to do something as well, thinking alone will only give him a headache.”

“Do you like him father?” Greta asked, ignoring his previous statement.

“Does it matter if I like him? You must like the goy and make sure he does not mind your family,” her father warned. “I'll like him enough if he makes you happy; even if he thinks all day until his head hurts. If a thinker you want, a thinker you shall have. You have the pick of the men, my beautiful. Trust me. Make sure you chose a good man and that you do really like him.”

“I do like him, father. He seems such a gentle man from what I can tell from our short meetings but I still need to get to know him better,” she admitted.

“You take as long as you like to make up your mind. I hope you realise that he has already made up his mind about you. It is written all over his face how enchanted he is. He could accuse you of playing with him if you let him visit this often and your decision is not the one he hopes for. You must not lead him on. Be careful, you know, because I don't think we need to wait much longer for a proposal from this one.”

“I am not so sure. There are plenty of girls who make eyes at him, maybe he just loves talking about books. That could be all he wants from me,” Greta said more to herself than to her father.

“Yes, if you were a fifty year old librarian that probably would be all,” Jonah said with a roaring laugh. “Why is he not content talking about his Goethe with the old men in his book shop then? I tell you why, they are not his type. Always remember that men of his young age mainly think with their loins. Once they have satisfied such needs, they may not be interested in your views on books anymore and go back to the shop to discuss literature there. An attractive girl like yourself always needs to choose wisely.”

“I don't think he is like that, he is so serious,” Greta defended.

“Yes he is serious, the Germans often are. Now let’s hope his seriousness is good for something and makes him worthy of you,” Jonah laughed. 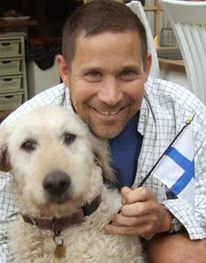 Christoph Fischer was born in Germany, near the Austrian border, as the son of a Sudeten-German father and a Bavarian mother. Not a full local in the eyes and ears of his peers he developed an ambiguous sense of belonging and home in Bavaria. He moved to Hamburg in pursuit of his studies and to lead a life of literary indulgence. After a few years he moved on to the UK where he now lives in a small hamlet, not far from Bath.  He and his partner have three Labradoodles to complete their family.
Christoph worked for the British Film Institute, in Libraries, Museums and for an airline. ‘The Luck of The Weissensteiners’ was published in November 2012; 'Sebastian' in May 2013 and The Black Eagle Inn in October 2013. "Time To Let Go" , his first contemporary work was published in May 2014, and “Conditions” in October 2014. His medical thriller "The Healer" was released in January 2015.
He has written several other novels which are in the later stages of editing and finalisation.