Back from the Brink by Michael Prescott

Please join me in extending a warm welcome to Michael Prescott, author of numerous bestselling thrillers and one of the hottest authors on the Kindle scene. This man has sold over a million eBooks, and I am honored to have him here today. Not only is Mr. Prescott a phenomenal success and a true gentleman, but in my humble opinion, he is one of the finest suspense/thriller/mystery writers of the century.

Writers, if you're looking for an example of how to "get it right," how to capture audiences with unrelenting action and tension, with psychological premises that both shock and awe, with twists and turns that'll spin your head around...just pick up one of his books.

I'm just starting Grave of Angels, but I highly recommend such books as Stealing Faces, Blind Pursuit, Mortal Pursuit, Deadly Pursuit, and Dangerous Games. Writers, these books are primers for how it's done!

Please help us welcome Mr. Prescott and leave a comment in the section below.

Back from the Brink 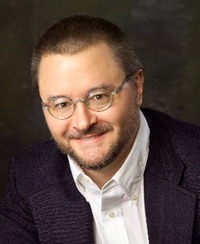 At first I didn't worry too much. There were other publishers. Well, four or five of them, anyway. But my efforts to find a home in one of the other big New York houses went nowhere. What I was selling, they weren't buying. My sales record was too uneven, my books weren't enough like The Da Vinci Code, and the whole industry was suffering a crisis of confidence as paperback sales circled the drain.

By the summer of 2009, I had to face facts. I was no longer a publishable writer. So I started writing something else - option calls. I would buy some stock and write (sell) options on it; the option premiums provided an income stream. With stocks on the rise, writing calls was a pretty easy way to make money. No, I wasn't being creative and I couldn't honestly say I was contributing anything to society, but I was paying my bills.

In 2010 I had an idea for a sideline. I would take an unsold novel, Riptide, heavily revise it, and publish it myself using print-on-demand technology. My expectations were minimal. I thought I might sell a couple of hundred copies. Mainly I wanted a copy of the book for my shelf. At the last minute, I decided I might as well make Riptide available as a Kindle ebook also. It cost nothing, and who knows, the book might sell a few more copies.

Nothing much happened with Riptide for a while, but I'd enjoyed the process of putting out the book, so I decided to start digitizing my out-of-print backlist titles. The rights to these books had reverted to me, and I wanted to keep them around.

Then in the spring of 2011, my friend and fellow author J. Carson Black (The Shop, Icon) suggested that I drop the price of my ebooks to only $0.99 and promote them on Amazon's discussion forums. This strategy was working well for her, and similar strategies had worked for Jay Konrath and others. I was dubious, but I gave it a try.

Thus began the most unexpected run of luck I've had in my life. In retrospect, I really should have visited Atlantic City and put down some bets on the roulette wheel. Sales of my ebooks went up … and up … and up. I was hitting #1 in Amazon's Suspense category. Some of my titles began appearing on the bestseller lists of the New York Times and USA Today - self-published ebooks sharing the list with the latest releases from the New York houses. Yes, the same outfits whose editors had turned off the lights and hidden behind the sofa when I came knocking on their door.

By the end of 2011, I was closing in on a million ebooks sold. USA Today ran a feature story about me and other indie ebook writers. Amazon Publishing contacted me to ask if I wanted to do a deal. 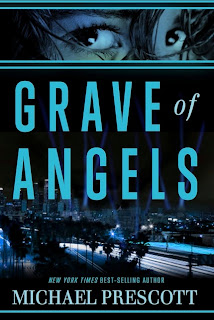 And in fact, I did want to do a deal. For all my success at self-publishing, I was interested to see what Amazon could do for me. As it turns out, they can do a lot. My first book with them, Grave of Angels, benefited immensely from the contributions of developmental editor David Downing, while acquisitions editor Maria Gomez gave me significant input into the cover design and promotional copy. Now the marketing team is doing a bang-up job of promoting the book through targeted emails and onsite ads.

Grave of Angels, probably the last book I'll write with a southern California setting, focuses on Kate Malick, a former Carmelite nun turned security consultant to the stars. Her most troublesome client is teenage Chelsea Brewer, a hard-partying, self-destructive train wreck. When Chelsea is kidnapped, Kate swings into action, hunting the city's darkest corners over a long and dangerous night.

I hope it's a gripping thrill ride, but I have to admit it can't hold a candle (or even a Kindle) to the roller coaster I've been riding since 2009!

Born in 1960, Michael Prescott grew up in New Jersey and attended Wesleyan University, majoring in Film Studies. In 1981 he moved to Los Angeles, where he wrote scripts for independent producers and worked as a magazine freelancer, archival researcher, and editor. In 1986 he sold the first of five horror novels, then moved on to suspense novels, some of which appeared under the pen name Brian Harper. Praised for "brilliant elements of psychological horror" (Publishers Weekly), Prescott 's novels have sold more than one million copies in print editions, and have found a new audience among ebook readers. At last count he had sold more than one million ebooks, making him one of today's  bestselling ebook writers.
Posted by Aaron Paul Lazar at 12:12 PM

Nice information, many thanks to the author. It is incomprehensible to me now, but in general, the usefulness and significance is overwhelming. Thanks again and good luck!