Writers and Readers - I Need Your Help! 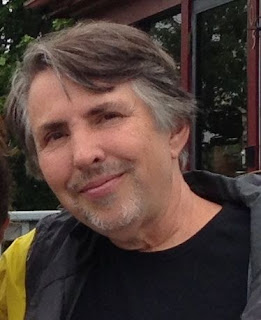 I hope you had a wonderful Fourth of July weekend if you live in the good ole' USA, and that you are enjoying life regardless if you live elsewhere. I know we have followers from all over the globe here on Murderby4, and we welcome you all with open arms.

I'm in a bit of a quandry. Can you help?

I'm writing something new. Something brand new for me. And I'm not sure that I'm settled on my approach.

You know my usual genre is mystery, suspense, sometimes tinged with a bit of time travel or mild paranormal activities. Right?

Well, this summer I decided to try something completely new. It's probably going to end up in the romantic suspense genre, but it's really just a story about love and life, about betrayal and discovery, about loss and how one can survive in spite of terrible odds.

The new book is called The Seacrest, and it takes place in Cape Cod, Mass., in a fictional town by the sea not unlike Brewster, Mass, one of my family's favorite vacation spots.

Here's the deal. I decided from the get-go to write this book with two intertwining storylines. Same characters, just seventeen years apart. Alternating chapters, I go from summer 1997 to summer 2013, slowly revealing the story of young love between Finn and Sassy; and fast forwarding to the current day, where Finn is reeling from the double loss of his wife, Cora, and estranged brother, Jax.

My head is spinning a bit from not writing a serial story.

I just haven't done it for every other chapter for the whole danged book.

I know this is a common approach in contemporary and classic fiction, but I wonder how you, the reader, and you, the writer, feel about it.

Does it confuse you? Do you have to stop and say, "Wait, what year are we in?", or are you okay with this jumping back and forth in time?

Would you like a sneak peak at the rough draft? I'll be doing a cover reveal in the months to come - I'm pretty excited about this one!

Here's chapter one, of my newest venture, The Seacrest. 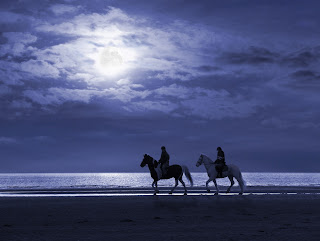 Life can change in the blink of an eye, and this blink came when a cop car cruised up the white shell driveway toward The Seacrest on a hot Saturday in July.
I’ll never forget the moment. You know how folks remember where they were when John Lennon died? Or when President Kennedy was assassinated? It was like that, every detail engrained in my brain forever.
A fresh breeze laden with the scent of the sea rustled the blue hydrangeas growing along the driveway. I’d soaked through my dark green tee shirt, having just weed-wacked around the edges of the pasture. I was about to hammer back the fence board where Libby’s favorite mare had kicked it loose, because of said weed-wacker.
She’d yelled at me for that one, rightly so, and the sting of her words still sounded in my head. How stupid can you be, Finn? What’s wrong with you?
I held the hammer loosely in one hand, watching the car circling the long drive toward me.
What now?
Libby’s father, my employer, held great power on Cape Cod. Rudolph Vanderhorn sat on so many boards I’d lost count. His father’s fish canning company made a fortune back in the eighties, and he and his daughter had enjoyed the proceeds of that enterprise ever since.
It could be a visit from the local authorities. They stopped by every few days to discuss town matters with my boss. But the blue light was flashing, which didn’t look like a casual visit.
A shudder went through me, and I turned cold. Something bad had happened. I sensed it.
The front door opened, and Rudy watched them approach, hands on his hips and white hair blowing in the sea breeze.
Libby stopped hosing down her big white mare, who thankfully hadn’t hurt herself in the crazy fit she’d thrown earlier. Dark hair blew around the girl’s face and she stared with open curiosity at the cruiser.
Time froze.
The patrol car drove past the front porch with the impressive columns and portico, past the six-car garage, along the driveway to the barn, and rolled to a stop ten feet from me.
Police Chief Kramer and Deputy Addison Lowell got out and ambled toward me, their eyes somber.
I dropped the hammer. It thudded to the grass at my feet.
“Finn?” Kramer said. “I’m afraid we have bad news.”
There was nothing worse than hearing that bad news was about to be delivered. My brain went wild, imagining the worst scenarios. But somehow I didn’t quite picture what he was about to tell me, which frankly, was unimaginable.
“There’s been an accident,” Kramer said.
Lowell kicked the dirt on the edge of the path. “Car went over the cliffs,” he added, not looking at me.
I looked from Kramer to Lowell. “For God’s sake, guys.”
Kramer pulled out a piece of paper. “Sorry. I regret to inform you that your wife, Cora Mae McGee, and your brother, Jaxson Robert McGee, have been killed in a vehicular accident.”
Deputy Lowell added. “We’re real sorry, Finn. They went off at the Newbridge cliffs.”
“Into the ocean,” Kramer added. “Dead on impact.”
I stared at them, numbness creeping up my spine. “What?”
“Er, look, we’re real sorry to have to bring you this news.” Lowell did look remorseful, and he offered a hand when I lost my balance and grabbed for the fence.
Libby and her father appeared in seconds, but in the dreamlike state of denial and shock I caught only brief snatches of their words, as if the wind had grabbed them away and teased me with them.
“What happened?”
“Bad accident.”
“She died?”
“Who was with her?”
And so on.
Libby took my arm and guided me into the big house, where I stood woodenly against the refrigerator while Frizti bustled her big, ample self about the kitchen making tea and pushing fresh blueberry muffins at the officers.
Someone guided me into a chair. I sat, numb. Silent. The voices warbled around me.
Cora is dead.
It wasn’t real. Couldn’t be real.
Jax is dead.
I hadn’t seen my brother in ten years.
Ten years since I’d even talked to him. I sometimes drove by the blueberry farm, thinking of my old life. But I never stopped.
Ten years since my parents died in that fire. Since I lost my little sister Eva. Ten years since my family burned because of that cigarette smoldering in the couch.
Ten freaking years.
I didn’t even know what Jax looked like anymore. Had he lost hair? Gained weight? Turned prematurely gray like our father did at age thirty?
Ten years.
A shudder passed through me, making a great gulping sound sputter from my throat. I think I started to hyperventilate.
I locked eyes with Libby, whose mouth was moving. I couldn’t hear her.
Cora is dead.
Jax is dead.
I lay my head on my arms, convulsing silently.
One thought roamed around the edges of the shouts of denial and disbelief. One thought refused to go away, in spite of the enormity of what was happening to me.
What the hell was Jax doing with Cora?
Posted by Aaron Paul Lazar at 7:12 AM

Great first chapter, I'm putting it on the to-read list.

I like the idea of alternating chapters with different time frames; it keeps the suspense going. Although it can be a pain to write a book like that, keeping everything straight.

Aaron, I just read a great book that moves back and forth in time. The Orphan Train. Two totally different characters, both who ended up in the foster care system -- one whose story begins in 1929, the other whose story
begins in 2011. Brought together both characters influence one another's lives. I loved the book.

Thanks, Beryl and Anita! It's good to know readers of stories like that don't object - but Anita, you are right, it is so hard to keep it straight as you write it!